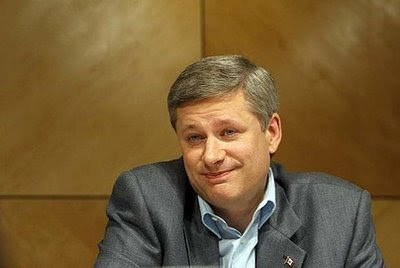 The man who speaks with forked tongue is at it again.   Furious Leader Steve Harper says he accepts that the war on drugs, especially South American drug cartels, isn't working.

"There is increasing doubt about whether we are taking the best approach to doing that, but nobody thinks these transnational networks are good guys, or that changing the law is somehow going to make them good people," Harper told reporters at a news conference following the close of the Summit of the Americas.

No Steve, nobody does think these transnational networks are good guys anymore than those advocating scrapping ineffective drug laws has any belief, nor hope, that it will somehow make the bad guys become good people.   The point, numbnuts, is to put them out of business because it's the illegality aspect that allows them to make the big bucks that drives the crime and violence.

If someone is going to profit out of drug production, distribution and sale, maybe it would be better if it wasn't the criminal element but some other body that could regulate it and tax it - that would be you, numbnuts.

But don't hold your breath.   Steve long ago said that he recognized global warming as the greatest threat to mankind but he's done sweet fuck all about that which is precisely what you can expect from his fundamentalist superstition-driven ass on the drug problem especially when it might impair his prison fetish.
Posted by The Mound of Sound at 10:50 AM

Mound, be careful. Harper may sue you for defamation.