Humanity - A Lower Form of Life 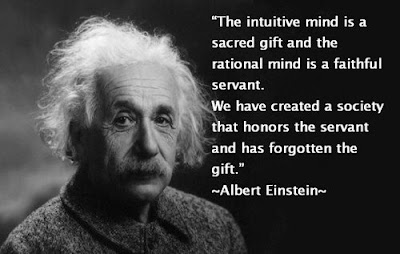 We sit at the top of our planetary food chain but, when you're at the top it's easy, even natural, to imagine yourself far bigger and greater than you truly are.   After a while you might just start thinking that God looks just like you or, pardon me, that you're made in God's image.

Just what form of life are we really?   Are we truly demi-gods?  There's been some attention paid to this lately that suggests your demi-god status is wishful thinking.

Tim Flannery in his book, Here on Earth, explores how humanity, like other superorganisms such as ant colonies, has lost ground on the individual level.   We have organized ourselves into very sophisticated systems of distribution or division of labour.   Most of us get paid to do a thing and with what we earn we pay others to do everything else.  We have others to grow, package and deliver our food to convenient collection centres, grocery stores.   We pay others to build our conveyances, construct the roof over our heads, deliver our modern fuels through pumps and pipes and wires.

We actually do very little for ourselves and, with that, argues Flannery, we have become incredibly inept and totally dependent on the orderly functioning of our human superorganism.   The author contends that, because of this, the human brain has, over many thousands of years, actually shrunk 10% from that of our distant ancestors.

By now you're asking, "but what does this have to do with climate change?"   Exactly.

An article in today's Victoria Times Colonist by U. Vic. psych professor Robert Gifford explores what he labels the "seven dragons for climate inaction."

Number One on Dr. Gifford's list is "limited cognition."

"Humans are less rational than once believed.  The human brain has not evolved much for millenniums (sic).  When it reached its current physical development, our ancestors mainly were concerned with their immediate tribe, immediate risks and immediate exploitable resources.  Here-and-now concerns are incompatible with solving environmental problems, which often involve distant risks and delayed impacts.

The Second Dragon listed is "Ideologies"

"Some broad belief systems act as barriers to behavioural change.  One such system is belief in unfettered free-enterprise capitalism.  Another is 'system justification,' the tendency to defend the societal status quo.  Another is belief in suprahuman powers, that some religious deity or nature is in complete control.   Others place too much faith in techno-salvation, that engineering alone can solve the problems."

Third is "Significant Others."

"We are social animals who are influenced by others.   We derive our norms about what is the 'proper' course of action from others.  ...Perceived unfairness often is a reason for inaction.'

"...If I own a great car and am now paying for all its costs, why should this cosy portable living room be left at home?  Many habits that contribute to environmental degradation have strong behavioural momentum."

"Distrust in experts leads to unwillingness to heed their suggestions.  When trust is absent, as it is between some citizens and scientists or government officials, resistance to their policies follows.   Mistrust easily slides into denial, and action is unlikely to follow.  Some policies are well intended, but if citizens decide that they are inadequate, they will not participate.  Reactance occurs when people believe that policies threaten their freedom."

"All behaviour change involves risk, but we are risk-aversive creatures.  Changing behaviour holds at least five kinds of potential risk:  Functional (will it work?), physical (will this be dangerous?), financial (will my capital outlay be worth it?), social (will I be ridiculed?), and temporal (will change be a waste of my time?)."

"I'm doing some good things (but it's not enough).  Most people are engaged in some pro-environmental action.   So far, it's not working.  'I recycle, so I'm done' won't cut it.  The rebound effect often means that after some mitigating effort has been made,, its benefit is outweighed by bad choices."

Thanks for that, professor Gifford.   But this is no time to go sit in the tub and open a vein.  All the Dragons Gifford has raised can, he argues, be slain.   What's important is to acknowledge all of these hurdles in shaping our communications and actions to fight climate change.   If we don't work to kill off these dragons now, climate change itself will, eventually, when it's too late to matter.
Posted by The Mound of Sound at 10:00 AM