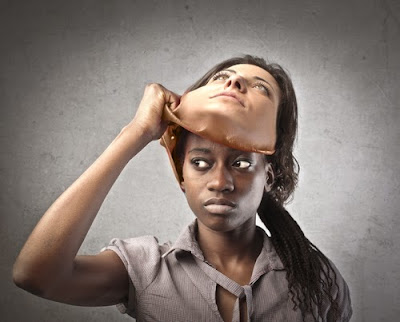 “Should any political party attempt to abolish social security, unemployment insurance and eliminate labor laws and farm programs, you would not hear of that party again in our political history. There is a tiny splinter group, of course, that believes that you can do these things. Among them are a few Texas oil millionaires, and an occasional politician or businessman from other areas. Their number is negligible and they are stupid.”

Those thoughts from the US president who launched postwar America on the path to building the greatest middle class the world has ever known, the same president whose parting words were a chilling warning about the ascendancy of a malignant threat to democracy, the "military-industrial complex," Dwight D. Eisenhower.

Who could have foreseen back then that the party of Abraham Lincoln, Teddy Roosevelt and Dwight Eisenhower would, under Ronald Reagan, begin a turn to the dark side transforming America into a corporatist, illiberal democracy and leaving the once vaunted middle class a pile of bleached bones?

Salon.com's Conor Lynch writes that, along with the dismemberment of American democracy, the Republicans also ushered in a revolution of racism.

1964 was a pivotal year for the rise of modern conservatism. This was, of course, when the Civil Rights Act passed, and outlawed discrimination based on race, color, religion, sex, or national origin, and ended the racial segregation that had existed for so long in the South. To southerners, this was an enormous betrayal by the Democratic party, especially from President Lyndon Johnson, who was himself a Southern Democrat. The federal government had overstepped in many minds, and this was an opening for the small government conservatives to once again capture the minds of common working class people.

In a truly opportunistic fashion, the Republican Party decided to exploit the racial fears and prejudices of much of the populace, and the Southern Strategy was born. State’s rights had been trampled on by the federal government, so the thinking went, and in 1964, Barry Goldwater ran an election based on anti-New Deal and states’ rights policies. His coded racism was successful, and it earned the votes from five southern states and his own, though he lost every other state to Johnson. Though not as aggressively conservative as Goldwater, Richard Nixon pursued a similar strategy 1968, and won all of the former confederate states, turning the south into the solid Republican territory that it remains today.

Reagan followed similar dog-whistle strategies when he ran, preaching states’ rights at the Neshoba County Fair, just miles from where three civil rights activists had been murdered in 1964, and declaring a rhetorical war on the safety net, adding “welfare queen” to the American lexicon. Today, many benefactors of social welfare programs protest those same programs, some unaware of the racial dynamic that has influenced the current animosity.

Of course, this racial force is more unconscious today than it was when the Southern Strategy began, just as the language has changed over the years. In a candid and originally anonymous interview, Reagan’s 1984 campaign director Lee Atwater described how racial language became more coded over the years:

“You start out in 1954 by saying, “n***er, n***er, n***er,” Said Atwater, “[But] by 1968 you can’t say ‘n***er’ — that hurts you. Backfires. So you say stuff like forced busing, states’ rights and all that stuff. You’re getting so abstract now, you’re talking about cutting taxes, and all these things you’re talking about are totally economic things and a byproduct of them is, blacks get hurt worse than whites.”

The Southern Strategy lives on as never before.  It has lost none of its utility as it continues to serve the interests of the plutocracy, who benefit enormously from a deeply divided, distrustful and powerless society - the precariat - and, of course, today's military-industrial-neoconservative-evangelical-commercial warfighting complex.

As a kid of the 60s, the blatant expression of racism even in America's media is jarring.  It's hard to imagine what's left except to reinstate slavery although they'll probably find a better name for it next time.

And then there's this.  The head of America's Federal Election Commission has all but thrown in the towel on regulating the 2016 elections.

You need to know this. The person in charge of our Federal Election Commission (FEC) says she has pretty much given up hope of regulating the 2016 election. That agency has been unable to reach a conclusion on any key vote, because they are perpetually locked in a 3-to-3 tie along party lines. In an interview with the New York Times, FEC Chairwoman Ann M. Ravel said, "The likelihood of the laws being enforced is slim." She's not even talking about dealing with new rules to address the massive level of corruption in our political system. She's saying that they can't even hold anyone accountable for violating the inadequate rules that are already on the books. According to that recent piece in the Times, "Some commissioners are barely on speaking terms, cross-aisle negotiations are infrequent, and with no consensus on which rules to enforce, the caseload against violators has plummeted.

So, with the US Supreme Court in the bag to corporatism with the Citizens United decision and American mega billionaires like Sheldon Adelson and the Koch Brothers intent on buying the election, supported by state administrations working tirelessly to suppress minority voting, and the election regulator, the Federal Election Commission gridlocked, 2016 is shaping up to be the year America's oligarchs cement their control over the nation and the American people.

I often speculate on Lincoln allowing the South to secede. While the North won the war, it lost the end game.

The ugly Right thrives on race, abortion and guns. These trump all other issues.

You should read Chuck Thompson's book "Better Off Without 'Em". There's a review of it somewhere on this blog.

A really good post Mound. It makes you realize that racism is alive and well in the US and the perpetuating of it is not overt. Another good book on this subject is "Slavery by Another Name"
'The Re-Enslavement of Black Americans from the Civil War to World War11' by Douglas A. Blackmon.

Just as alive and well in Canada if a lot more covert and unconscious. We have no high ground here...

An excellent post MOS. But you know we ought to give our heads a shake. Living where I do, here in this part of Canada, racist slurs are on the rise.

After I posted above I realized that race, abortion and guns pretty well describe Harper and his rooters.