Sometimes Life is Unbelievably Not Fair 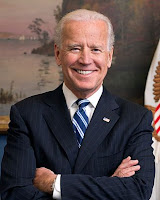 On December 18, 1972, vice president Joe Biden's son, Beau, somehow survived a massive collision between his mother's station wagon and a tractor-trailer truck. There were two not so fortunate - Mrs. Biden and their daughter, Naomi.

Now, more than 40-years later, Joe Biden must bury another of his own, his son, Beau.

Read about it here and, if you do, you might get an idea of what America was like, how great it was, a half century ago.  Even we don't have many people of their kind these days.

In Denver seven years ago, Beau Biden told the tragic family story that became the emotional foundation for his father’s 36 years of service in the Senate and the past six-and-a-half years as vice president. Shortly after winning his Senate race, in December 1972, Joe Biden received a call while in Washington interviewing staff.

His wife, Neilla, and three children had been in a horrible car crash on the way home from purchasing the family Christmas tree. His wife and daughter had died, and his two sons, Beau and Hunter, were clinging to their life. Having just turned 30, Biden raced home to Wilmington and considered never taking the oath of office.

Through the support of other senators, Biden agreed to be sworn in the next month, at the hospital bedside of Beau and Hunter. Eventually venturing to Washington, Biden decided that he would take the train every morning from Wilmington and return every night.

“As a single parent, he decided to be there to put us to bed, to be there when we woke from a bad dream, to make us breakfast, so he’d travel to and from Washington, four hours a day,” Beau Biden told the Denver crowd on Aug. 27, 2008, an emotional speech that introduced the world to a story that his father had told many times.

In recent weeks, the vice president’s public schedule had declined as he regularly visited his son. Two weeks ago, during Yale University’s graduation ceremonies, he delivered a deeply personal speech to thousands of students and parents who had no idea what the vice president was personally enduring.

Close advisers viewed it as the closest Joe Biden ever came to fully explaining how much his personal life and tragedy informed his own career. Of his Amtrak ride home every night to see his two sons, he said it wasn’t for them.

“The real reason I went home every night was that I needed my children more than they needed me,” he told the Yale crowd.
Posted by The Mound of Sound at 11:39 PM

Biden is Irish. Surely he knows too well the meaning of that old proverb, "If you're Irish, you know the world will break your heart."

There is nothing worse than being in an accident that makes a stay in hospital six months or an aftermath. The scariest thing for me was opening my eyes and there was the Anglican Priest administering the "last right". Having survived that car - train accident at the age of nineteen in the dead of winter, it didn't take a lot of convincing by a psychologist(they didn't do that sort of thing then)as to how life ought to proceed. No longer did I do anything that would put me in peril even though the accident was not the occupants of the vehicle's fault. It had become automatic to notice the stupid things people did and do. However, getting older has not been a bed of roses. All my medical problems since, stem from that one incident including cancer. I'm lucky, I survived and grateful for the time had so far. I know exactly what Mr. Biden is going through. I had to say goodbye to my mother due to that accident. She was so young. Cheers