We're Responsible for Letting Them Off the Hook. 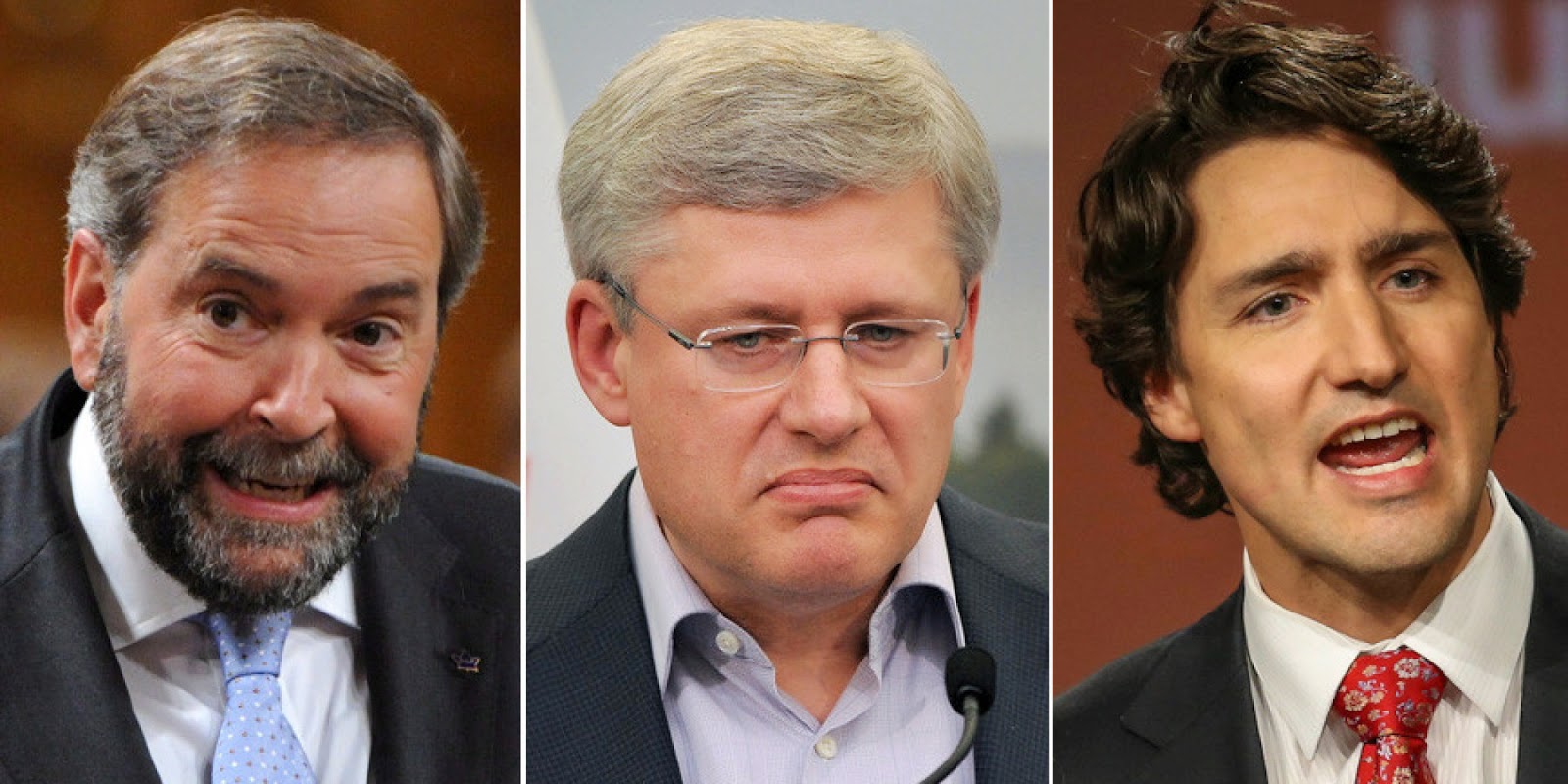 When it comes to Canada and climate change, who can fault the Americans for seeing us as almost schizoid.  We acknowledge the reality and danger of climate change, we worry about it, and yet we tolerate, even support, politicians who will do nothing about it.  From Bloomberg View:

Last week's announcement that Canada won't match U.S. emission-reduction targets offers a fresh look at Canadians' enduring bipolarity on climate change: They're far more likely than Americans to say the problem is real, yet keep voting for a government that does nothing about it. Therein lies a cautionary tale for the rest of the world.

In a narrow sense, Prime Minister Stephen Harper's statement marks a reversal. He has long used the absence of a U.S. climate policy to justify his government's failure to introduce oil and gas regulations he first promised almost a decade ago, on the logic that the two countries are too economically integrated to pursue different approaches. Now that U.S. President Barack Obama has set an official target -- a 26 percent to 28 percent reduction in greenhouse gases by 2025 -- Harper is saying the American policy is too aggressive to match.

But the Canadian decision is really the culmination of years of hostility toward the idea of fighting climate change. Harper's government pulled out of the Kyoto protocol in 2011, dismissed environmental groups as foreign pawns and gave its version of the Internal Revenue Service a new mandate and extra funding to target them. It closed climate research programs, laid off scientists and prohibited those who remain from speaking to the news media. And the latest data show that unless something changes, the country won't come close to its 2009 Copenhagen pledge to cut emissions 17 percent by 2020.

Here's what makes the Conservative government's resistance to climate policy puzzling: In poll after poll, Canadians say they support such a policy. Eighty-one percent say there is "solid evidence" of global warming, compared with just 61 percent of Americans. (Even among Conservative Party supporters, 68 percent agree -- roughly the same share as Democrats in the U.S.) And 54 percent say their country "can and should do more to reduce emissions," compared with 29 percent who favor the status quo and just 5 percent who say Canada is doing more than it should. More than two-thirds said they support "a financial incentive" to cut emissions, including 56 percent of Conservatives. Almost 2 in 3 support using taxes to do so.

That's a level of support U.S. climate advocates can only dream of. So why haven't Canadians' views translated into federal policy? The answer is that climate action is drowned out by other issues: Just 18 percent of Canadians ranked the environment among their top three priorities in a survey last week, according to David Coletto, chief executive officer of Abacus Data, an Ottawa polling firm.

That's down from 23 percent in a similar survey last year - - behind health care, job creation, taxes, debts/deficits, and "accountability and trust," and tied with middle-class incomes and retirement security. In both surveys, just 5 percent of respondents ranked the environment their top concern.

"Canadian public support for climate change action has been stable, but it is not an election issue at any level," Keith Neuman, executive director of the Toronto-based Environics Institute for Survey Research, told me in an e-mail. "So most parties can get away with saying it is important without committing to any policies."


...A corollary of the importance of individual leaders is that progress on climate isn't teleological: The endpoint isn't assured, and there are no grounds for assuming that countries will keep getting better, because voter support isn't sticky enough to hold their successors to the same policies -- something Australia's repeal of its carbon tax last year demonstrated.

The lesson from Canada will only bring more anxiety to environmentalists: Beating climate change (or, at this point, averting its most devastating effects) depends to an uncomfortable degree on whether national leaders want to. That arrangement may have the trappings of responsive government. Underneath, it looks a lot more like luck.

In other words there is no answer for Canada, no answer for our children and theirs, in continuing to back mainstream Canadian politics - Conservative, Liberal or New Democrat.  They're all neoliberal and none of them has the sand to deal with this.  If there's going to be an answer it'll depend on the prospects of a Green revolution.

So, know this.  A vote for Trudeau or a vote for Mulcair is a vote against Canada and our kids' future.  With these mainstream parties there'll be no meaningful, effective action until something cataclysmic happens and, by then, it'll be too late.  I am repulsed by Andean Fatalism and its rejection of posterity. It's why I finally walked out on the Liberal Party.

To me, this is not political leadership I can support.  What's your excuse? 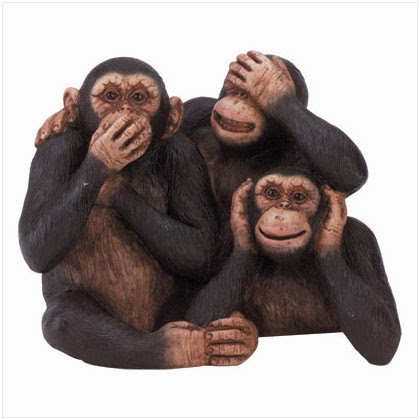 I have lower standards Mound. I am supporting Justin in 2015 and I think anyone living in a Con-held riding should too.
They all suck, but show me a gov't, anywhere, (or a political party with a chance at gov't) that has a serious position on climate change... if you can.
Right now I'd take the old PC/Lib type gov't over the current dog's breakfast any day. Mulcair scares Lib/Con swing voters cause his label is NDP but as James Laxer and other have pointed out, today's power-hungry, compromised NDP is almost indistinguishable from the Libs.
So, If Rachel wins on May 5 I may change my mind but I'll take the more (electorally palatable) Libs over their orange ciphers in 2015.
No one will act soon enough to prevent catastrophic climate change. The struggle we are having now is about two things:
1) Blockadia - where we try to save local places and mitigate global harm. (No more pipelines/no oil by rail, keep it in the ground)
2) When the crap hits the fan in 20 or 30 years (or sooner or later) do we want a democratic-socialist-sharing response or a fascist response to govern us.
I see a "progressive" win as a plus to both of these concerns.
Oh and as for:
"In a narrow sense, Prime Minister Stephen Harper's statement marks a reversal."
If this was Justin or Tom there would be 3 inch headlines: FLIP/FLOP.

I understand your point, N PoV. I've been through this many times with you fellow Liberals such as Scotian.

That said, I won't support nihilistic politics. We owe our kids and our grandkids a lot better, a lot more than what Trudeau or Mulcair have on offer and they'll pay dearly for our perfidy and self-interest. A pox on them both and their feckless parties. All they offer is a slightly slower arrival at the same point Harper is taking us.

What is happening to the birds return on the east coast of Canada? They are arriving in a starved condition. Sick birds are proof positive that the environment is no longer healthy. I wonder if Mr. Harper owns a budgie or allows birds in his garden.

Yeah, but the birds are for the cats. Especially the songbirds apparently. It's said he especially likes the songs they sing as their throats are crushed.

"I am supporting Justin in 2015 and I think anyone living in a Con-held riding should too."

So, you're hoping for the Cons to win? Because if you were hoping for the Cons to lose, presumably you would advise people to check what party came closest to defeating them last time in their riding, maybe what local polls look like currently if there are any, and vote for whichever non-Con party is most likely to defeat them in that riding. Rather than trying to get people to re-elect Cons in ridings where the NDP is competitive but the Libs are not.

I can respect Mound's position (vote your conscience no matter what). I can respect a genuine anyone-but-Cons position. I can respect a position that the NDP or the Libs are genuinely the best party so you should vote for them. But I can't respect the position you just put forward. This is so old-Lib-hat, trying to manipulate people into assuming Liberals are the only electable party in all ridings. I'm hoping that's not what you really meant.

Purple:
I've worked and voted for both the Orange and the Red banners - always a frustrating experience. And I did Catch 22 last time - they tried what Leadnow (and you) propose.

We have a common enemy. We just disagree w tactics and strategy.
I believe the anti-Harper vote will coalesce around Tom or Justin.
If its Tom, I see a repeat of 2011, alas. Hence I am in the bag for Justin this time. You call that manipulation, I call it politics.
And to repeat myself: if Rachel wins on May 5 I may change my mind.

Hey Mound - while Purple and I throw mud at each other .... who you going to vote for or support?

N PoV, I'll be voting Green. I believe in the party, its leader and the party platform. I trust neither of the main opposition parties. They're not even proposing to break out of Canada's neoliberal political and economic models without which our grandkids are so screwed.

I take inspiration from the Occupy movement, Syrzia and Podemos. There's going to be a movement to oust mainstream neoliberalism because we have no other choice except to yield to a form of neo-feudalism in a compromised, corrupted environment.

Ask yourself which party would you want to govern in the context of Canada in 2030 or 2050? It can't be just about getting rid of Harper this year although that's unquestionably needed.

Here's where I stand. If, on the morning after the election, we wind up with Mulcair or Trudeau in Sussex Drive, there'd be no ceasefire from me. I'd simply turn my criticism in their direction.

When I talk about 2030 or 2050, I'm speaking of monumental decisions, most of which have to be taken within the next 10-years. You won't be getting those decisions from this current leadership, you won't.

If Harper, Mulcair and Trudeau would all have us become 21st century Easter Islanders what's the point of supporting any of them? I can't see any.

Anyong says....What are we supposed to do, those of us who are not able to vote green due to lack of a candidate...can-di-date, not can-di-dit as so many people say. I definitely would vote green if I could. perhaps I ought to move to B.C.