Nikiforuk on Notley and the Alberta Spring 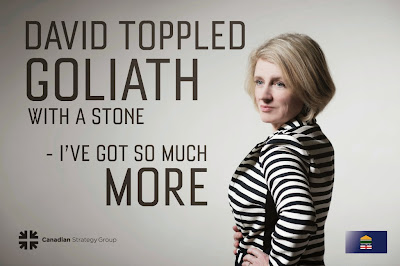 The Tyee's Andrew Nikiforuk weighs in on the new premier of the Wild Rose state (sic), Rachel Notley, the Alberta Spring and what she'll have to do to reform the broken petrostate.

In fact, the Alberta government suffers every ailment a petrostate can muster: a crippling addiction to hydrocarbon revenue, an eroded tax system, appalling statecraft and policy atrophy, binge spending, and minimal transparency.

The New Democrats must approach the task ahead systemically. To restore democracy, rebuild accountability, and put the province on a more Scandinavian path, Notley will have to decisively address these following issues.

Behave like an owner: Alberta's oil and gas resources belong to Albertans. The Tories' ''strip it and ship it'' approach was not only wasteful, but also environmentally destructive. Real owners determine the pace of development, and on that front, Farouk al Kasim, one of the architects of Norway's oil experience, offers the best advice: ''Go slow and save the money.''

End the government's addiction to oil revenue:The Alberta government currently gets about 30 per cent of its revenue from oil and gas extraction, and that's not sustainable. Volatile oil and gas prices invariably kill government budgets and fiscal accountability -- not only in Alberta, but in Russia, Nigeria, Texas, Alaska and Louisiana. Given its finite nature, no revenue from non-renewable fossil fuels should be used to pave roads, operate schools or buy votes with the promises of low taxes.

Restore representative taxation: Alberta's Tories, just like their copy-cats in the Harper government, have long argued that low taxes for the rich are an advantage, but they are merely a way to take advantage of average Albertans. Smart governments not only run on sustainable revenue from their populations, but also redistribute wealth because inequality erodes democracy and breeds social unrest.

Review the energy regulator: Industry has had a long, deep hand in energy regulation in Alberta. The Alberta Energy Regulator is run by former energy lobbyist and former Encana executive, Gerard Protti. Even though Protti chairs the regulator, he still sits on the board of Calgary-based Petromanas, which wants to fracture oil and gas formations in Australia and parts of Europe.

Restore transparency: Alberta's Tories, just like Harper's government, cultivated secrecy. As the journalist Sean Holman has repeatedly noted, Alberta has one of the worst freedom of information laws in the country.

Depoliticize the civil service: The Tories operated as though the government was an extension of a Soviet-minded party. The government's Public Affairs Bureau, for example, didn't inform Albertans about government affairs but routinely attacked critics. Restoring integrity, honesty and the notion of public service to the province's civil service may well be one of Notley's most challenging tasks.
Everything Nikiforuk advocates is as essential as it is sensible.  They're in keeping with NDP philosophy, they're very doable and they'll benefit rank and file Albertans and, indirectly, the entire country.  It's even possible that she can provide a template for how we need to clean up Ottawa and all three of its dominant political parties.

That article contains good advice for any government.

All the points that have been mentioned in this article have been addressed by Ms. Notley. Her government won their election on those points. It is not that she needs to be advised to do the correct thing, she is already at work. Already people are putting her in a category of not knowing what has to be done; questioning her intelligence and ability. A cartoon this morning depicted her as a tiger, whiskers, beard with a Mulroney's chin. It isn't difficult to understand she is already being pigeonholed by suspicious covetous men. The cartoon was by a man. How long has it been since you won her position?

Don't expect them to give up without a few parting shots, Anyong. Who would expect the denizens of the Calgary Petroleum Club, the Calgary Herald or the University of Calgary to roll over and die?

Nope! I don't expect them to roll over and die not in the least. Notley will need enormous amounts of support however. Men in this province do not like women in power. This morning was just a tid-bit of what is to come. Albertans may have voted Notley into power but they are not above saying when it is expedient, "I told you so". Slime always remains slime.

Every commentary I have read has been a mansplanation of some variety or other.

We could do our dignity more service by shutting up than by yammering on.

a great prescription for the whole country.

Mound, I hope NDP government implements the reforms you mention in your post.

Unfortunately when in power political parties become more interested to stay in power than pay attention to reforms.

NDP government in Alberta sounded unthinkable but it did happen. I hope they do bring reforms - especially pay attention to environmental issues.

Hey, LD, great to hear from you. As for Notley, we have to cross our fingers and hope.

As Steve says, she has a chance in Alberta to set the bar higher for every province and the feds.