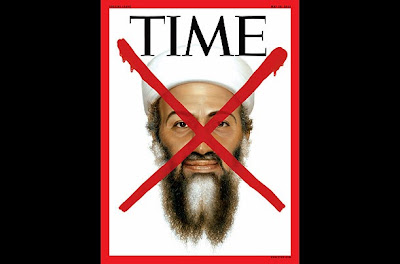 Veteran investigative journo, Seymour Hersh, is a virtual lightning rod for government denialism and he has been ever since he broke the story of the My Lai massacre of March, 1968.

His latest bombshell, claiming that the official narrative of the execution of Osama bin Laden is laced with lies, has provoked the expected reaction.  As before, the truth will out, eventually.

Hersh's account is that Pakistan military brass not only knew where bin Laden was hiding, his compound in Abbottabad, but they had him under house arrest waiting for an opportune moment where they could extract some quid pro quo for giving him up to the Americans.

Hersh has an excellent look at the dance that American and Pakistani intelligence operatives have been embracing for decades.  It's definitely worth a read.

Coming soon, Hersh will be releasing an alternate history of the War on Terror.

Hersh does his research. He is more likely to be right than his critics who are probably covering their tails.

Trivia question for you, Toby. What person, later to become a major player in the US government, was active in the attempted cover-up of the My Lai atrocity?

You mean there was only one?!

I have this vague recollection about Colin Powell.

Hersh really have a staying power.
I mean, power to stay above the ground after spilling so many secrets...
A..non

Full marks, PLG. I think he was the only one who rose to head the Joint Chiefs and become Secretary of State.

Anonymous said..., "Hersh really have a staying power.
I mean, power to stay above the ground after spilling so many secrets..."

Shortly after his My Lai expose I met Seymour Hersh. (He would not remember me.) He was very nervous, afraid of a government that did not like being exposed. He said that the FBI was tracking his every move. J. Edgar Hoover was FBI Director at that time and certainly have done so. So, yes Anonymous, I agree.

Fortunately, Americans understand a free press much better than Canadians. While those who own media do what they can to suppress much news they do tolerate it when stories they don't like rise to the surface.

I wonder if the whole Watergate affair was not a brushball for Nixion. Was Bob Woodward a CIA asset at the time. Did the Washington Post ever post a single word that did not meet CIA approval.

Steve, I have no idea. None at all.