John Bull In a China Shop 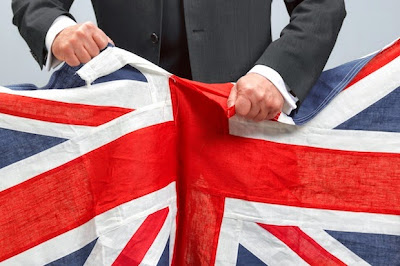 What good is a majority if it lands you in a minefield?  Conservative prime minister David Cameron finds himself in that predicament after last week's elections handed him a very slim majority.

He's looking to slash about 12-billion quid from his country's welfare budget. His "red meat" backbench are spoiling for a tussle with the European Union.  And the other big winner, Scotland's SNP, will pose a constant threat of stripping the "United" from United Kingdom.

After unexpected political charisma and cunning propelled him to another term as Britain’s prime minister, David Cameron will now need every ounce of those skills to avoid going down in history with an altogether different title: founding father of Little England.

A result that maintained the status quo at 10 Downing Street masked the dramatic transformations roiling Britain, ones that threaten to leave this country more isolated than at any time in its modern history.

Thursday’s election may become just the first in a trilogy of rapid-fire votes that set this island adrift from Europe, divide it in half along ancient lines of national identity and ultimately leave behind a rump state of ever-diminishing value to its American allies.

“Yesterday was V-E Day, when the United Kingdom was celebrating its finest hour. Seventy years later, it could be contemplating the beginning of its end in its current form,” said David Torrance, a British political analyst and author. “The next five years will be a twin debate about two unions — the European Union and the United Kingdom.”

The questions of whether Britain stays whole and whether it remains in Europe are deeply entangled, with the outcome of one expected to heavily influence the other.

Cameron has landed in a situation where it is going to be ridiculously easy to overplay his hand with disastrous results if he does.  If Britain divorces from Europe the Scots may tell Cameron he's going it alone.
Posted by The Mound of Sound at 9:56 AM

He won't be able to tell Britons to look in the mirror. Every bit of it will be his own doing. Every time I have visited Britain, the comments have been how much better off Britons would be without EU. Just who do they think they are? It is obvious they still think they are the world's number one nation.

Anyong, I have become far less convinced that a popular vote accurately reflects the public will on just about anything.

So often today we see people vote clearly against their interest. Then there are politicians, like our own, who make grand promises and assurances to win votes only to knife their supporters in the back as soon as they come to power. Too many today seem to have very short memories. Christy Clark had the full benefit of that in the last BC election.

I am very aware of the Christy Clark thing and how once in power, politicians go their own way. Britain will not do itself any favours by leaving the EU. Why? They are too small.