Shoot to Kill - Anyone, Everyone 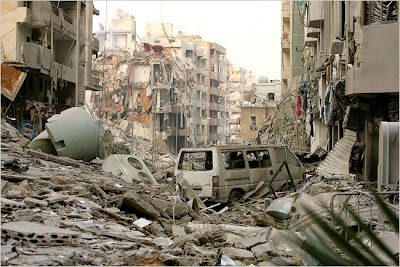 Testimonies provided by more than 60 Israeli soldiers who fought in last summer’s war in Gaza have raised serious questions over whether Israel’s tactics breached its obligations under international law to distinguish and protect civilians.

The claims – collected by the human rights group Breaking the Silence – are contained in dozens of interviews with Israeli combatants, as well as with soldiers who served in command centres and attack rooms, a quarter of them officers up to the rank of major.

They include allegations that Israeli ground troops were briefed to regard everything inside Gaza as a “threat” and they should “not spare ammo”, and that tanks fired randomly or for revenge on buildings without knowing whether they were legitimate military targets or contained civilians.

..Post-conflict briefings to soldiers suggest that the high death toll and destruction were treated as “achievements” by officers who judged the attrition would keep Gaza “quiet for five years”.

The Israeli campaign itself was one giant war crime.  It featured the now-standard Israeli tactic of Dahiyeh, the deliberate targeting of essential civilian infrastructure - water plants, sewage treatment plants, power utilities before moving on to hospitals, schools and finally residential neighbourhoods.  This is outrageously contrary to the laws of war and international agreements such as the Geneva Conventions.

Yet the Liberal Party supports these atrocities, masking it under the guise of "self defence."  Let's not forget that Mulcair also was on side with this at first until he sensed that the wind had shifted and conveniently reversed himself.
Posted by The Mound of Sound at 10:36 AM

The sad part about genocide is that it works.

People are still surprised by this and yet still do nothing about it.