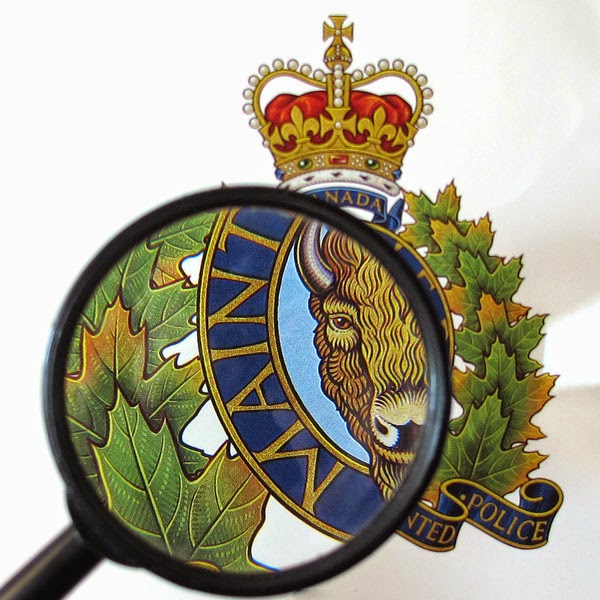 Which is why it's more than a bit rich to hear the Conservative Party police force complain that adhering to the law, the Charter of Rights and Freedoms, impairs their efforts to get at child pornographers.  This sad excuse for a national police force - the outfit that thinks you can have just one party to a bribery when that suits the boss on the Hill - moans that having to get a warrant from a judge to compel internet service providers to turn over subscriber information on kiddie porn suspects is unfair.  You can get paper cuts from filling out those affidavits and stuff.  Those cuts could get infected and, who knows, you might die in the line of duty.

To the mealy-mouths at the RCMP, screw you.  If you can't follow the laws, the same laws you're sworn to uphold, resign - now. You won't be missed.  You've shown us clearly how much you would like our Canada to become your police state but that's not on, not until Harper manages to abolish the Supreme Court of Canada.

Have you ever been to the Depot in Regina?

I'm sure the surveillance system in place now is electronic and video with random patrols.

If a large wall gets built around the acreage we'll know for sure.

I've only seen it on TV, Dana, but I know plenty who've gone through it, including the crew that executed Dziekanski and the guys who killed young Bush in a police cell and then covered it up.

I went to high school and U in Regina and know the place well. Then I spent a fair amount of time there in the '70s because a psychologist who used to teach the domestic crisis intervention course used to hire actors who could improvise to come and do domestic crisis scenes for the rookies to do the intervening. It even paid well. We loved crossing the poor guys up by reversing the roles - so the boys would hold on to the male while the female continued to assault him - the look on the farm boys faces was priceless.

My dad taught several classes there too - substance abuse/addiction and so on.

It really does make me sad as well as angry that the force has been co-opted. Harper deserves a noose for many things and this is one of the biggies.

Recently the RCMP reported on an investigation they conducted on environmentalists. Perhaps they could use some of the money they spend on pursing respectable citizens on pursuing child pornographers.

I know, Bill. They're Kinder Morgan's "Flying Squad", ready to make an intimidation visit to the home of anyone who deigns to take an unwelcome photo quite legally from public property. Two RCMP goons show up at the front door to let you know you're being watched. We pay their salaries for doing intimidation patrols for a pipeline outfit.

So...the police of this country are throwing their weight around. My father who was law enforcement a long time ago, hated that attitude of fellow law enforcement. Another relative, a lawyer also dislikes that attitude. So....if all of this is in support of our "dear one", is this not taking care of the titled and moneyed?