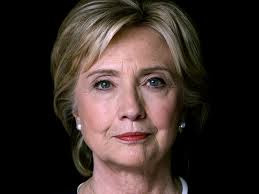 I know, I know - consider the source. People in glass houses, he who is without sin, yada, yada, yada. For all that, it's a message that deserves to be heard, albeit a very belated warning.

2.  The constant undermining of the legitimacy of American elections.

Her points are well argued. Follow the link, read them if you like. They're persuasive but misleading in a somewhat simplistic way. Clinton omits any mention of her own party's failures and fundamental contributions to the political (legislative and regulatory) capture of the federal government.  The Dems were not exactly charging Capitol Hill with pitchforks and torches while that was going on for so many years. The Dems have been pretty wantonly opportunistic for decades as progressivism in American politics steadily waned.  It's not like there's just one "bought and paid for" party in Congress. The Dems may stop short of the excesses of their GOP brethren but they're hardly saints.

For all of that, American democracy is in crisis if not already extinct. I again fall back on the Gilens and Page study published by Princeton in 2014, back in the Obama years, that confirmed what many already suspected - that American democracy had succumbed to plutocracy, rule by the rich and powerful. The United States has not had a government "of the people, by the people, and for the people" for a very long time.

This omission in Hillary's logic makes her prescriptive remedies seem a lot like "vote for us" bromides.

She begins by laying the entire blame for Trump's election on "the increasing radicalism and irresponsibility" of the Republicans. In other words, the Dems had nothing to do with it. Not even for fielding the least popular candidate they could find to go up against Trump. Sorry, Mrs. Clinton, that doesn't sell.

She argues for the mobilization of a massive turnout this November. Fair enough, good idea.

Then she wants future presidents to be required to make public their tax returns, and be subject to effective ethics requirements and conflict-of-interest rules. Okay, but the operative word has to be "effective."

She wants to improve and protect America's elections - paper ballots, vote audits, cyber security, etc. A restoration of the protections of the Voters Rights Act. All good suggestions. Ditto for overturning Citizens United and abolition of the Electoral College.

Conspicuous by its absence is any call for campaign finance reform, rule by the best, and generally most-compromised fund-raisers. Paper ballots and cyber security don't really matter much if elections are bought before the first ballot is cast. That, however, doesn't seem to be on Hillary's radar.

Mrs. Clinton addresses the need to "restitch our fraying social fabric and rekindle our civic spirit." Unfortunately the federal government cannot rehabilitate social cohesion when it is so deeply in thrall to special interests instead of the public interest. (See campaign finance reform, above).

In 1787, after the Constitutional Convention in Philadelphia, Benjamin Franklin was asked by a woman on the street outside Independence Hall, “Well, Doctor, what have we got, a republic or a monarchy?” Franklin answered, “A republic, if you can keep it.” That response has been on my mind a lot lately. The contingency of it. How fragile our experiment in self-government is. And, when viewed against the sweep of human history, how fleeting. Democracy may be our birthright as Americans, but it’s not something we can ever take for granted. Every generation has to fight for it, has to push us closer to that more perfect union. That time has come again.


She is right in a way. It is time for Americans to fight to reclaim their democracy. Unfortunately it will take more than just returning the Democrats to power for the American people to regain what has been taken from them.
Posted by The Mound of Sound at 10:57 AM

Getting rid of Citizens United is campaign finance reform dealing with the the worst offenders.


To an extent, Rumley, but even if it was overturned or legislated out of existence it won't stop the capture of the legislative and regulatory branches.

Nothing on deplorables this time? No matter how accurate or insightful the message, sorry to say: she's still the messenger. Deservedly or not, she would just as well have made the deposit directly into Trump's re-election boodle. If it's worth saying, you'll know that at last it's gotten through to her when she can bring herself to haud a wheesht and let somebody else say it.

Of course, it all depends on the deplorability of independent voters.

One of Bernie Sanders stated goals, if elected, would be to nominate SCOTUS judges who would overturn the disastrous ‘Citizens United’ decision. Now that move would be a disaster for those backing and profiting from Citizens United. So when pro-CU judge Scalia died, McConnell blocked Obama’s nominee, centrist Garland, to replace Scalia. That proved to be a winning strategy. Once Trump won the presidency and both houses of Congress were majority Republican, the plutocrats got Gorsuch, a Scalia clone onto the court. So the balance stayed the same as before. The so called swing vote on SCOTUS, Kennedy was still an issue, given the fact he was indeed a swing voter and couldn’t always be counted on. Gotta fix that! Best way, get rid of the unsure judge through resignation and nominate Kavanaugh, who can be counted on much more than Kennedy. And for a long time as well, given his K’s age. So any hopes for progressives to get rid of Citizens United are lost for a generation.
It seems that governments now see the Courts not so much as defenders of Constitutions but rather as possible impediments to their overall control and agendas and therefore must be controlled somehow as well. Trump, Ford, Erdogan, Duterte, Natayahu, may use different tactics but the result they seek is the same, unfettered “My Way”! Mac

Had Clinton been elected there is a good chance the US would be actively fighting a war in Syria and possibly even the Ukraine.

Domestically a terror, an international trade buffoon but - so far - no shooting wars. (Not including the proxy wars Trump inherited from Obama.)

The fight in the USA is between the polite thugs and the impolite thugs.