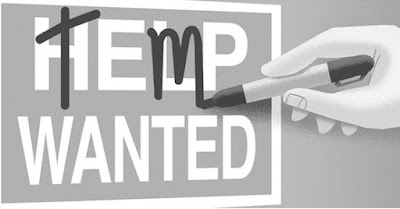 Many of us, a large majority, have lived most or all of our lives in the era of neoliberalism that was ushered in by Reagan, Thatcher and Mulroney, the faithful disciples of such economists as Freidrich Hayek and Milton Friedman. They worked to reinstate 19th century ideas revolving around laissez-faire capitalism, austerity, deregulation, free trade, privatization and small government into a 20th century world. It involved a lot of pounding of an oversized round peg into a rather vulnerable square hole. They succeeded but not without a great deal of damage and lasting scars.

One of those lasting scars is the evolution of the "gig economy" and the emergence of a permanent economic underclass, the "precariat." This is the culmination of technocratic government that focuses on corporations and the economy instead of the populace and their wellbeing.  Another term for it, coined by finance minister, Bill Morneau, is "job churn." The Trudeau government, like the Harper regime before it, has quite happily consigned working class Canadians to this fate. It keeps the corporate sector happy. Low wage, worker insecurity is great for that balance sheet bottom line.

An article in The Tyee reports that 45 per cent of Canada's millenials are now in the grip of precarity and, as such, at increased risk of both physical and mental illness. Morneau's job churn claims victims.


As a society, we have previously assumed that if young Canadians invest in formal training and “pay their dues” in poor quality jobs early in their careers, they will work their way into better quality employment. A recent report from the Canadian Centre for Policy Alternatives suggests a different reality.

The study, based on a national survey of 1,000 professionals, found that 22 per cent are working in precarious situations, characterized by contract work, part-time hours, unpredictable incomes and a lack of paid sick days.

It reports that working in a professional job no longer provides Canadians with working conditions that are optimal for health, regardless of skills and training. And that Canadians are most susceptible to this job instability at the early stages of their career.

... In the late 1960s, studies of British civil servants uncovered important links between working conditions and mortality. They found that those working in more stressful jobs — characterized by lower pay, unpredictability and less skill — were more likely to experience chronic diseases ranging from heart disease to depression.

Research among Canadians also shows employment to be a critical social determinant of health. Those who earn higher wages have more access to the safe housing, nutritious foods, social services and medical care that provide pathways to better health.

This income-health relationship is reflected in recent data showing that the highest earning Canadians live three to eight years longer than the lowest earners.


In a new study of more than 1,000 Canadian millennials, 44 per cent reported job precarity. Close to half of those in precarious jobs also reported depression or anxiety directly related to their working situation.

Job precarity can add to a number of social and economic challenges facing millennials including rising personal debts, growing costs of living, shrinking access to pensions and lower retirement savings. It is not surprising that some in the media refer to millennials as “generation screwed.”

If you think this is at all inadvertent, some sort of oversight, it's not. This is engineered. As Noam Chomsky points out, it took hold in the United States decades ago and was embraced by even the then chairman of the Federal Reserve.


Fed Chairman Alan Greenspan, at the time when he was still “Saint Alan” -- hailed by the economics profession as one of the greatest economists of all time (this was before the crash for which he was substantially responsible) -- was testifying to Congress in the Clinton years, and he explained the wonders of the great economy that he was supervising. He said a lot of its success was based substantially on what he called “growing worker insecurity.” If working people are insecure, if they’re part of the precariat, living precarious existences, they’re not going to make demands, they’re not going to try to get better wages, they won’t get improved benefits. We can kick ’em out, if we don’t need ’em. And that’s what’s called a “healthy” economy, technically speaking. And he was highly praised for this, greatly admired."

I think a perfect name for this is "neo-feudalism." It's here and it's here to stay unless we stop electing the governments that empower it.

You put the money here; you put the money there. Churn - churn - churn. In the money goes; out more money comes. Wait a minute. There must be some way to get more money out of this effort and there's still some risk here that hasn't been rationalized. I know what we'll do; we'll get the new slugs to thumb-bump on their cellphones every night for their next four-hour job and tell them that they're "disruptors". That should work. They love pushing buttons.

We just won't disrupt too many things for the old farts. How about two-tier wage schedules? It's a start. Let's see if those scabby bastards go for it.


All too true, John. That does seem to be the neoliberal state and the corporate sector's modus operandi.

I think precarious work might explain some of these trends of an increasing age of mothers and a decrease in number of births (relative to population size).