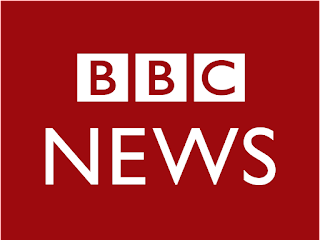 It has been a long time coming. For years the British Broadcasting Corporation has mishandled reporting on climate change.  Climate stories routinely included interviews with climate change deniers such as the infamous Lord Nigel Lawson. This was supposedly done for "balance."

The BBC has accepted it gets coverage of climate change “wrong too often” and told staff: “You do not need a ‘denier’ to balance the debate.”

In a briefing note sent to all staff warning them to be aware of false balance, the corporation has offered a training course on how to report on global warming. The move follows a series of apologies and censures for failing to challenge climate sceptics during interviews, including Nigel Lawson.

The briefing note, obtained by the website Carbon Brief, was sent on Thursday by Fran Unsworth, the BBC’s director of news and current affairs. It includes a statement of BBC editorial policy that begins: “Climate change has been a difficult subject for the BBC, and we get coverage of it wrong too often.”

It then states: “Manmade climate change exists: If the science proves it we should report it.” In the section warning on false balance it says: “To achieve impartiality, you do not need to include outright deniers of climate change in BBC coverage, in the same way you would not have someone denying that Manchester United won 2-0 last Saturday. The referee has spoken.”

Better late than never, BEEBS. Welcome back to reality.

Lord Nigel Lawson.
Is not a Lord of the realm he is a phoney just as is Tommy Robinson.
Lawson does not appear on the UK governments website of members of the upper chamber.

When people like Lawson and Robinson lie about such easy to confirm things and get away with it , we have to be concerned.

That the BBC has at last faced reality could be that the UK government which if full of climate deniers have at last softened their grip on the once 'somewhat' impartial broadcaster.

That's a good sign. Now if we could get CBC to correct politicians who refer to diluted bitumen as oil . . .

It's a little heartening to know that at least one offical government accepts the painfully obvious.

This false balance wouldn't be a problem (or at least a much smaller one) if the media actually did their work and interviewed experts. Too often the media does stories with advocates rather than experts. Probably because one of the usual jobs of advocates is to get media exposure.