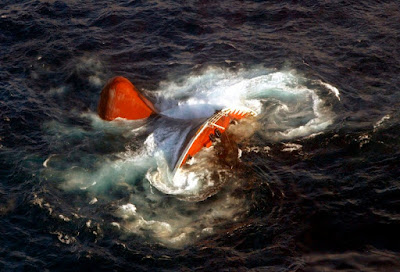 During the 2015 election campaign, Justin Trudeau didn't hesitate to attack the Harper National Energy Board as utterly corrupt. Then, once in power, he took a real shine to the NEB.

When garnering votes, Trudeau said a Liberal government would throw out the NEB's rigged assessment and start over, doing it right. Once in power he concluded that a few tweaks would suffice.  Then he got conned into buying the damned pipeline for a grossly inflated price and the rest, as they say, is history.

The Federal Court of Appeal quashed the Liberal government's approval of the TransMountain pipeline. Trudeau vowed to power through and see that pipeline built come hell or high water.

Now it seems the remainder of the NEB assessment, the parts that the government still relies on, is still rigged - biggly rigged.


In a letter sent to the National Energy Board on Sept. 8, [economist Robyn] Allan challenges the report’s claim that tanker traffic from Kinder Morgan’s Burnaby terminal would increase 680 per cent.

The actual increase would be twice as much, she said.


...The tanker traffic issue will be critical if government asks the board to reconsider its impact in a new report, Allan says in her letter.

“The board cannot rely on any of the tanker traffic risk evidence filed with it because that evidence is not based on an accurate and reliable estimate of incremental tanker traffic.”

Allan said other errors in the original report could also be used to challenge any revised report from the NEB unless they’re corrected.

The errors exist because “the board made serious mistakes in the preparation of its report,” says Allan in her letter.

The original report also pegged the pipeline expansion cost at $5.5 billion, although Kinder Morgan had already revealed the cost had jumped to $6.8 billion prior to the end of the review.

“The capital cost estimate had serious implications for the project’s financial and commercial viability, its economic impact, and whether the shippers could exercise termination rights in their Firm Service Agreements (FSAs),” notes Allan’s letter.

...The more it costs to build a pipeline, the higher tolls have to be for shippers. Higher tolls, in turn, affect the entire commercial feasibility of the project as well as any claimed benefits for the public.

“Nowhere in the report did the board alert cabinet to the potential negative economic impact increasing project cost would be expected to have on oil producers and projected revenue benefits tabled by Trans Mountain.” says Allan’s letter.

The NEB pegged the TransMountain expansion cost at $5.5 billion. As if.


Earlier this year Kinder Morgan estimated the costs to be $9.3 billion just prior to approving the sale of the existing pipeline and the expansion project to the Canadian government for $4.5 billion.

Allan suspects the final cost could be even higher and that escalating costs have nullified any economic benefits and existing shipper agreements.

Allan notes the board also claimed in its 2016 report that shippers contracted to fill the pipeline expansion “said that it is in the best interest of Canadians to maximize the prices received for Canadian crude oil production.”

Shippers never said any such thing during the Trans Mountain hearing, Allan says.

So let's see. KM fleeced the Trudeau government to the tune of $4.5 billion. Expanding the TransMountain line will add, by Kinder Morgan's estimate, another $9.3 billion, perhaps a good deal more.  All of that money, plus interest, is going to have to be recovered  from dilbit shippers. For a low-value, high-carbon, garbage product that's a pretty stiff toll for shippers to swallow.

What if the shippers decide "thanks but no thanks"? What happens to the Justin Trudeau Memorial TransMountain pipeline?

And what if, instead of 408 tankers a year, the NEB estimate, it will really be more than 800 tankers a year having to ply the often treacherous south coast waters? Surely that would increase the need to keep tankers moving even in the worst conditions lest the whole thing, including the inner harbour, backs up.

Will Harper/Trudeau just keep doing what they've done all along - bury the difficult parts and hope no one notices? Or will this government do what it pledged to do during the 2015 campaign and finally come clean with coastal British Columbians? For some reason I'm not optimistic.