From the "Spinning Out of Control" File 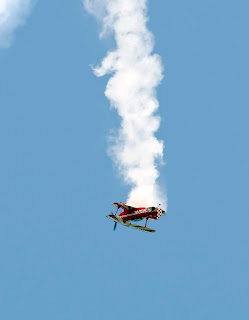 Japanese scientists think the key to predicting hurricanes, typhoons and cyclones is more weather stations at the top of the world.

Russia's new and improved submarine fleet will be ready for war in 2024. The Russian subs are expected to deploy hypersonic warheads that the Americans admit are unstoppable.

Deforestation? Agriculture is the chief culprit behind permanent forest loss.

Climate departure just around the corner? Earth will experience an "abnormally warm" period from 2018 to 2022.

Bloomberg reports that North Carolina flooding soaks US taxpayers for the umpteenth time. Yeah, baby. Love that socialism for the rich.


“We spend all this money to rebuild these homes, and we spend very little money helping people get out of these homes -- even when that’s what they want,” said Rob Moore, a senior policy analyst at the Natural Resources Defense Council. “Efforts to help move people move somewhere safer are seen as a last option, instead of a first option.”

Weaponizing hunger. 4.5 million children under 5 face life-threatening hunger in conflict zones. Upwards of 590,000 could be dead by year's end without immediate intervention.

Other than that, Mrs. Lincoln, how did you like the play?

It seems we've reached the point, Mound, where we can't do anything right.


The sense I have, Owen, is that we've succumbed to complacency and lethargy. Previous generations rallied to some enormous threats but the enormity of the current challenge seems far beyond our ability to respond effectively.

Even progressives don't appear engaged. Is this some blend of cognitive dissonance and denialism on a societal dimension? Hard to say.

Having followed the science somewhat closely over the past 20 years, I now think we're going to see (and probably live through) a tumultuous decade ahead. It will test our resilience and, based on what I've seen over the past two decades, we're apt to be found unprepared, vulnerable.

Cognitive dissonance: overpopulation is an acknowledged existential threat to the continuation of human life on earth and how do we prevent the loss of human life due to starvation.

There are more I'm sure.

No one knows nuthin' and it's time we admitted it.

With three adult children, one grandchild I am feeling guilty ...

My generation got caught up in the 'marketing culture' instead of further exploring (and demanding) the counterculture we dallied with in our youth.

PoV: Three adult children and FOUR grandchildren. Your end is not keeping up; or contributing to the problem.
I'm going to trash all my old photo albums. I never look at them, and in fifty yeas there won't be anybody to look at them. Time to downsize.


Several years ago I joined the Dark Mountain collective. It's a group of writers, poets and artists who have accepted climate realism and rejected "the lies society tells itself." It's for people who haven't given up the fight but have freed themselves from the illusion we're going to win this one.

Even if we can't win the fight is important because there is still much we can do to make the next two generations' nightmare far worse than it need be if we just stop.

I had lunch recently with an old school pal who has become a massively successful venture capitalist. At one point in our reunion we spoke briefly about climate change. He fell back on the "they'll think of something" position. I said it was odd that a guy who made his fortune on hard, fact-based decisions would suddenly go to the faith-based response on climate change. For an instant that seemed to anger him but I pointed out that he wasn't acting on evidence or fact but on what he chose to believe despite the evidence and mountain of facts. He came around and gave in on that. Yes, he is running on empty belief but he's not changing that position. He's sticking with it.

In my friend I saw the attitude of most Canadians and Americans and pretty much everyone else. Sort of like jumping out of an aircraft with a parachute that has no rip cord and telling yourself that someone will think of something before you hit the ground.

11:29 or, God will prevail and Jesus Christ will take care of Climate Change when he returnes..It's like saying, The poor have always been with us, they will always be with us. Bandades help make some feel better. Ayong.

J Aghast: I think that's humour? re the "contributing" -

Mound: "they'll think of something"
Yes the technocrats have embraced (and misinterpreted) Taleb's Black Swan theory.

ie We will come up with positive Black Swans to provide clean energy, recapture the carbon.
Bill Gates is investing in a carbon-capture-producing-fuel process.