To See Ourselves as Others See Us 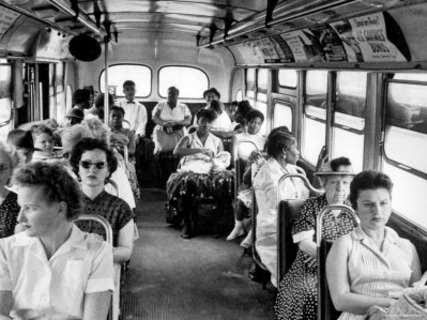 Ask anyone in the Third World where, if they had their druthers, they would choose to live and their top choice, hands down, would be the United States. Ask those same people which nation is the greatest threat to world peace and they say, you guessed it, the United States.

That may sound contradictory but it's not.  It's the United States that's contradictory.  It's this great nation of wealth, comfort and ease that never seems to get its fill of raining death from above on other lands, especially the weakest ones.

The world doesn't look like us or like our southern cousins.  We're mainly white people but today white people make up just 16% of the world population.  That's just shy of one out of six.  People of colour make up the other 84%.  To them, "rich white guy" has a special meaning. 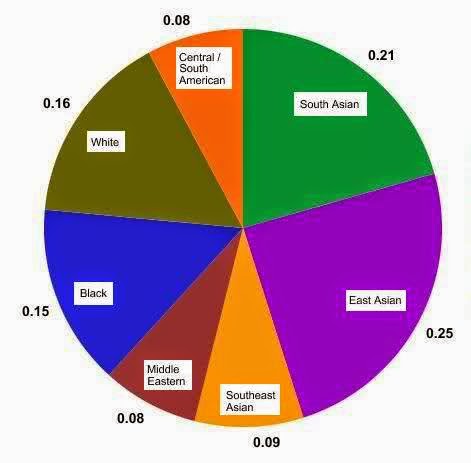 Now imagine you're one of them, the 84%, and you keep reading about the killings in Ferguson or Baltimore or New York City or any of the other American cities where white cops are blowing away their own people of colour who are usually underprivileged and poor.  Which one of those do you identify with?  The poor person of colour or the white cop in combat gear with military-grade firepower and a fiercely itchy trigger finger?

If you're one of the 84% these are not events that make you really comfortable with white folks, especially when they come to your homeland looking for something or someone - to buy or to kill - or when you hear those drones buzzing overhead carving circles in the sky.

I cringed when Ignatieff lauded America's "muscular foreign policy" and supported Canada implementing the same (as though with Harper at the helm there was any need for encouragement).  The thing with a muscular foreign policy is that it's like Christmas.  Far better to give than to receive. It's one thing in a unipolar world but it can be enormously corrosive of superpowerdom when other nations are ascendant, especially when they're nations "of colour."

In Foreign Policy, Chandran Nair writes that this spate of white cop on black killings is exposing the hypocrisy of American foreign policy:

A recent report states that in March 2014 alone, police encounters in the United States resulted in 111 killings, twice as many as were killed by British police in the entire 20th century. U.S. police disproportionately and excessively target minorities at traffic stops, and U.S. courts disproportionately and excessively convict minorities of crimes. “African American and Hispanics comprised 58 percent of all prisoners in 2008, even though African Americans and Hispanics make up approximately one quarter of the US population,” according to the National Association for the Advancement of Colored People (NAACP) — and the percentages of minorities in American prisons appear to be growing.

Until recently, many people around the world had believed that the United States had put its troubled history with race behind it. But how thin that veneer is became evident in August 2014, after the police shooting of a black teenager in the city of Ferguson, Missouri.The city’s chief of police resigned following a string of outrages, including the discovery of racist emails circulated within his police department that suggested Barack Obama “would not be president for very long because what black man holds a steady job for four years.”

This concerns more than just Americans. After all, what does it mean for the rest of the world when its most powerful nation struggles mightily with racism in its midst? For one, it contextualizes the often-heralded notion of American “exceptionalism.” At its core, that idea is an incredibly arrogant notion. It hints of racism and a barely concealed contempt of others, especially the non-Western world. But it is a doctrine that is still ruthlessly enforced in the carnival that is American politics.

...At a time when the United States has become the de-facto policeman of the world and a self-appointed arbitrator of peace, Asians have watched with concern — especially with elections looming in 2016 — at how the Republican Party has even swung further to the right. The GOP has stopped even pretending to concern itself with the welfare of non-white Americans. Many of its most prominent members display a very shallow understanding of the world and thus a lack of appreciation of the complex histories of other nations, yet seem itching to intervene on the slightest pretext. Worse, they would have the United States do so based on their prejudices and ideological fixations — some of which are likely framed by their fear of those unlike themselves.

...In Asia, many have not forgotten that the United States remains the only nation to ever deploy a nuclear weapon (twice), and did so on an Asian nation towards which many in the American leadership had deeply racist attitudes. They recall that Franklin D. Roosevelt interned roughly 90 percent of the continental Japanese-American population in prison camps during the war. His successor, Harry Truman, the man who ultimately pushed the nuclear button that brought World War II to an end, wrote to his wife: “I think one man is as good as another so long as he’s honest and decent and not a nigger or a Chinaman.”

All of which makes it not unbelievable to think that an irrational fear of Islam — and denigration of Muslims — may also be the primary factor behind the fanatical determination of many in Washington to keep Iran from crossing the nuclear threshold. Fear and distrust of others can be found lurking in almost every corridor of power that influences U.S. foreign policy.

The rest of the world sees this. It smells the hypocrisy in Washington when leaders resort to the old saw that America “is a nation of immigrants” while kicking unaccompanied children out of the country en masse.

Unfortunately America has allowed itself to become the Plantation State of the 21st century.  As a developed nation it has no equal when it comes to inequality especially when put through the filter of white versus non-white.  FOX News and odious types like Rush Limbaugh reveal how expressions of overt racism are yet again in vogue in the US.  The face of America has turned very ugly to that 84%. This not only opens doors it paves entire roads for America's ascendant rivals, especially China.

There was a post-Civil War saying popular in the slave states, "the South shall rise again."  Too few Americans were smart enough to understand that as a warning.
Posted by The Mound of Sound at 8:08 AM

Frankly, the general feeling of many third world people that the place they'd most like to live is the US, is itself largely a product of American primacy and propaganda. I mean, the US doesn't have the world's best quality of life or even that close--it's just the place that makes the movies, the place everyone's heard of because they interfere all over the world.

I agree, PLG, but if you've ever visited Third World countries you'll understand the lure of the USA.

Sure, but I'm saying, in real life if they want to emigrate to the first world they'd probably be better off in Norway, or Belgium, or Switzerland, or Japan if they could get in, or even Canada, than in the US. Heck, a new immigrant may be better off going to Venezuela today than to the US.

As I discussed in my recent post "Two Americas—one admired, one feared," this international love/hate attitude toward the U.S. is intriguing. The place is liked simply because it is an eminently likeable place. I lived there for a few years (in Texas, no less) and enjoyed both the country and the people. Tragically, affection for the U.S. is often undone by a belligerent and self-righteous foreign policy, a foreign policy that we now ape.