Imagine If You Were Like Most People on Earth 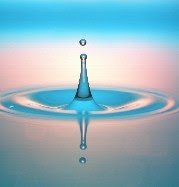 Thank your lucky stars you're not. You're Canadian which is another way of saying very, very fortunate.

A new study finds that almost two-thirds of mankind endures a severe water shortage for at least one month in any year. Some places experience near constant water insecurity. It's bad and it's going to get worse.

“If you look at environmental problems, [water scarcity] is certainly the top problem,” said Prof Arjen Hoekstra, at the University of Twente in the Netherlands and who led the new research. “One place where it is very, very acute is in Yemen.”

Yemen could run out of water within a few years, but many other places are living on borrowed time as aquifers are continuously depleted, including Pakistan, Iran, Mexico, and Saudi Arabia.

Hoekstra also highlights the Murray-Darling basin in Australia and the midwest of the US. “There you have the huge Ogallala acquifer, which is being depleted.” He said even rich cities like London in the UK were living unsustainably: “You don’t have the water in the surrounding area to sustain the water flows” to London in the long term.

The Cauvery River basin in Southern India is one of the red spots on your map and its story is likely a glimpse of our future.
I travelled across Southern India in 2007 and (at least then) was able to read the local English newspapers being published in various places and get a sense of the water conflicts.

The Cauvery river disputes between Indian States have been in the Indian Supreme court since 1949. They fight over every litre!

why don't some countries use de salinization plants?'

of course in B.C the premier is building a dam for her greater glorification, $8 billion worth of dam, but we don't need the electricity, so I'd suggest she is gathering water to export to the U.S.A. and Mexico. of course she hasn't figured out parts of Canada maybe a little short of the wet stuff also, including Vancouver Island.