It's Far From Ideal But It's Progress 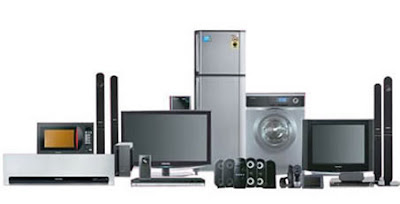 A new report finds the average Brit now uses 10-tonnes of materials, organic and non, per year. That's a lot but it's down from 15-tonnes per capita per annum in 2001.

The figures look at the total amount of biomass (crops, wood and fish), coal, oil and gas, metal and non-metallic minerals (such as construction materials) used in the UK every year.

Some of the reduction is due to changes in technology.

Some of the biggest decreases have been in metal ore consumption, in part because the amount of metal required to manufacture modern domestic goods such as fridges and washing machines is far lower than in the past.

UK households have also abandoned buying many resource-intensive goods common in the recent past – such as metal-heavy video recorders and hi-fi systems, vinyl records, CDs and books – as they shift to digital consumption.

But the country’s environmental accounts can be interpreted in many ways. The switch to a service-based economy rather than a manufacturing one means Britain consumes far fewer materials and energy for every unit of economic output compared with economies such as Germany.

The ONS said: “Over the 2000 to 2013 period, resource productivity (the relationship between economic activity and material consumption) in the UK has positively increased, rising 59.4% from £1.87 per kg in 2000 to £2.98 per kg in 2013, reflecting the shift away from manufacturing towards financial and other service industries.”
Posted by The Mound of Sound at 7:01 AM

"
Some of the biggest decreases have been in metal ore consumption, in part because the amount of metal required to manufacture modern domestic goods such as fridges and washing machines is far lower than in the past.
"

Anyone who believes this can't be over 40.
Appliances used to contain half again more material, but had to be replaced four to five times less often. It's hardly an improvement.
Combine this with the additional costs of extracting the more exotic materials that newer devices require (tantalum, lithium ...) and we're far, far worse off on this front than we were in 1960.


No argument on those points, Les. What I found favourable was the decline in the average consumption of biomass.

I too have an iPod and, out in the garage, an old VCR waiting for me to haul it out for electronic recycling.