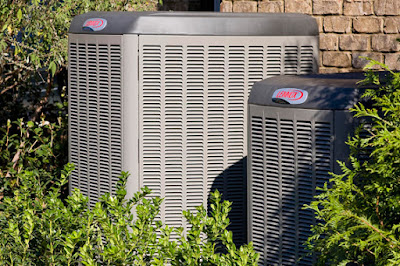 Heating is a major contributor to modern energy consumption. We like to keep our homes, workplaces and business we attend nice and comfortable. That takes a lot of energy.

Only we're in a warming world, one that has a long way to go yet. This means we're going to need a lot of cooling: refrigeration and air conditioning to handle the heat. It's not estimated that, by mid-century, we'll be using more energy for cooling than for heating.

Energy use for air conditioning, refrigeration and other cooling appliances will jump 90% on 2017 levels, experts estimated, posing a challenge for energy grids and efforts to curb climate change.
The University of Birmingham said the rise would come even with conservative estimates of how much demand for cooling was likely to increase in China, India and hotter countries.

“Cooling just really isn’t part of the big debate. And yet we lose 200m tonnes of food each year because of a lack of cooling. That has massive repercussions,” said Toby Peters, a professor in power and cold economy, working at the university, who is also part of the Birmingham Energy Institute.

The institute will host the first ever conference on “clean cold” on Wednesday, exploring how to tackle the problem and boost the 0.2% of energy R&D budgets spend on cooling.

Even Britain is in store for an air-conditioning makeover.


The biggest energy demand for cooling comes from air conditioning to keep people comfortable, but it is also essential for stopping food from going to waste and protecting medicines.

While air conditioning in UK homes is a rarity today, Peters said it was a question of when, not if, the technology became normal for householders.

...If the world’s future appetite for cooling is provided by the current fossil fuel-heavy energy mix, carbon emissions will rise 2.5 gigatonnes by 2050. Global emissions from energy were 35 gigatonnes last year.
To meet the growth in cooling without pushing up emissions would take almost all the new solar power expected to be installed by mid-century, Peters calculated.

He said: “Yes, we need to look at more efficient cooling technologies and greening electricity, but when you see the size of the demand we have to be much more radical in our thinking and start to invest in [tackling] this.”

So, are we going to freeze or thaw?
Can't have it both ways.

The only accurate description I heard of , for global warming,and that's many years ago suggests unpredictable weather due to more moisture in the air!

it would , to me , seems a reasonable description..

We are not really that smart, are we?


That's hardly a reasonable description, TB. All that refers to is the broken hydrological cycle, just one dynamic of several that constitute climate change.

It was just in the past week that we learned of the rapid failure of the Gulf Stream current, the Atlantic Conveyor. That has little to do with rainfall and much to do with the warming of the Arctic and the loss of the Greenland ice sheet.

Climate is akin to a modern car engine. It is composed of a variety of components, systems, sensors and computers. Changes in the performance of any one of these elements translates into changes in others, perhaps the entire engine.

If you look at a population density map of the world the highest density is near the equator where very little energy to live is needed and gets quickly thinner the closer you get to the poles that require huge amounts of energy to stay alive. I read this in an article questioning how much sense there was in countries like Canada and Sweden for example to take in any refugees at all considering how much more energy must be consumed than where they came from. it makes more sense for the band of countries below them with a lower energy need to absorb them.
Growing up in Toronto with no air conditioning taught me this same lesson.You need heat to stay alive in winter but you can live, although uncomfortably, without using energy in the summer.

During the past 50 years there have been many developments in housing technology efficiency. Yet very few of these improvements have made it into building codes. We are still building terribly inefficient houses that require large furnaces and air conditioners.

When I bought my current house, my retirement home, I chose a place a block back from the sea atop an escarpment some 45 to 50 feet above high tide. It was a relatively modern place, very well insulated. Then I set to work. I replaced all the "contractor grade" windows with high-E casement windows allowing me to open the place up to the outdoors to flush out the summer heat. I paired the windows with very effective window blinds. Early on summer mornings I close up the house: windows shut, blinds drawn. It's a bit dark but it retains the coolness of the night for several hours. By late afternoon I begin opening the east-facing windows and blinds. Finally it's the west-facing windows and the cool sea breezes begin to flush the heat out of the house again. All the lights have been replaced with LEDs. I took out the gas fireplace and installed a high-efficiency wood unit. Three to four hours of woodfire at night can keep the house pretty comfortable (I don't mind wearing sweaters) on all but the coldest days. The best part is my utility bills are pleasantly low. No, the best part is watching TV in the livingroom on a summer night and, with those big casement windows wide open, feeling a lot like I'm outdoors.

Login or sign up at office setup and download Microsoft Office. Install and activate the setup on your device. Verify the Office product key | office.com/setup | norton.com/nu16


Really great article, Glad to read the article. It is very informative for us. Thanks for posting.
Visit@:- McAfee.com/activate|Norton.com/myaccount|Norton.com/setup

I am very happy after reading this fantastic blog, I appereciate your work.

What an amazing article is this. thanks for this, I really appreciate you.If you are interested in neo and gas wallets , please visit our websites to get full information about official neo wallets.