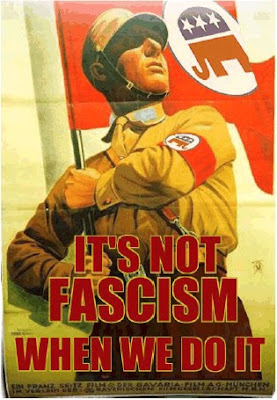 Pope Francis is a neat guy, at least to most of us heathens. He's a welcome breath of fresh air after his rigid, hard line predecessors.

Catholicism has some pretty deep roots in Washington. Six of the nine justices of the US Supreme Court are Roman Catholics. Go figure. Now American Conservatives are cheering Catholic intellectual, Patrick J. Deneen's attack on pluralism in his new book, "Why Liberalism Failed."

Since the election of Trump, writers of all stripes have been lining up to pen liberalism’s epitaph.

On the left, the pernicious effects of neo-liberal economics has been denounced, while on the right, liberalism’s cosmopolitanism, which has no apparent regard for nation, religion or family, has been decried.
The left’s answer has been to demand more social democracy to combat galloping inequality, while the right has called for the return to traditional values, anchored in the “community”.

American conservatives, especially among the country’s powerful Catholic minority (which includes six of the nine supreme court justices), have found a new champion for their cause in the Notre Dame political theorist Patrick Deneen. His latest book, Why Liberalism Failed, has been critically acclaimed throughout the conservative press, with the prominent Harvard legal scholar Adrian Vermeule, himself a recent convert to Catholicism, declaring it a “triumph”.

Rising inequality, the degradation of the environment, decreasing living standards, increasing loneliness, the destructive polarisation of our political world – Deneen blames liberalism for all the ills currently afflicting society. Surprisingly, he does not attribute these ills to the failures of liberalism, but to its success.

...Instead of individualism, Deneen says the future lies with radically decentralised, local communities where the true meaning of culture might be found again. By culture, he means “a set of generational customs, practices, and rituals that are grounded in local and particular settings”

...The call for such a return is anti-democratic, and doubly so. First, Deneen believes political decisions should not emanate from within the community itself – the democratic ideal of self-government – but from an outside source, namely God (and a Catholic God at that).

Second, Deneen believes the Catholic community has a privileged access to the truth that the rest of the political community – which has already made up its mind on gay marriage and premarital sex – does not. From this perspective, the national community is wrong, and democracy is mistaken.

Curious about this fellow, Deneen, I tracked down a web site where his writings are featured, The Imaginative Conservative. Here you may find Deneen's essays with titles such as "Is Academic Freedom Inherently Good?" or "Equality, Tyranny and Despotism in Democracy: or Remembering Alexis de Tocqueville," or my favourite, "The Case for 'Serfdom,' Rightly Understood."

This Fenian bastard imagines an end to liberalism and its replacement with a form of controlled existence, neo-feudalism, to be so much better because, well, everybody knows his place.


...This was the argument of Bertrand de Jouvenel, who observed in his neglected masterpiece On Power that the rise of the centralized modern State was spurred when monarchs, seeking to break the power of local lords, promised liberation to the people in return for their direct fealty, and thus began a long and familiar tradition of expanding State power in the very name of liberation of individuals from mediating ties. His argument was refined and made with distinct power in the modern context by Robert Nisbet in the earliest years of American conservatism, in his 1953 book Quest for Community, in which he argued that the totalized State was not simply the imposition of despotic force upon a recalcitrant people—it was never that—but was desired by populations whose “longing for community” had been transferred from a range of identities and memberships below the level of the State, to the State itself.

We begin to see this with ever-growing clarity in our own times—a new, kinder and gentler total State. It promises its citizenry liberty at every turn, and that liberty involves ever-greater freedom from the partial institutions of civil society, or ones remade in accordance with the aims of the State. The states as sovereign political units have been almost wholly eviscerated, and are now largely administrative units for the federal government. Satisfied with that victory, we now see extraordinary efforts to “break” two institutions that have always been most resistant to the total State: churches and family. We see an unprecedented efforts by the Federal government to abridge religious liberty by conscripting religious institutions like Little Sisters of the Poor (and my institution, Notre Dame) to be agents conscripted into providing abortifacients, sterilization, and contraception—in the name of individual liberty. We can expect determined and even ferocious efforts to bend Churches to accept gay marriage as a norm, even to the point of forcing them entirely out of the civil realm. And we see increasing efforts of the government to “liberate” children from their families—represented perhaps most chillingly by the MSNBC clip showing Melissa Harris-Perry explaining how the greatest obstacle to State education has been the pervasive notion that kids “belong” to families rather than belonging “collectively to all of us.”

Having read this garbage I was reminded of Sinclair Lewis' warning to America: "When fascism comes to America it will be wrapped in the flag and carrying a cross."

It's bad enough that the US has a president with strong authoritarian leanings. It's much, much worse that someone like Deneen should be a "new champion" of American conservatism.

There is a long tradition of this kind of thought in the Catholic Church. As someone who was educated by the Jesuits -- in my experience they have been opposed to this kind of authoritarianism -- I would hope that Francis, himself a Jesuit, would clearly state his opposition to this kind of garbage.

Deneen is probably okay with freedom for himself and maybe a few select friends but not for most of us.

I distinctly remember an election when we lived in the middle of BC. The NDP was talking about gay rights and the Liberals were pushing gun control. Unionized mill workers in places like Prince George, Prince Rupert and Kitimat took one look and voted enmasse for Reform, sending Preston Manning to Ottawa. Add abortion rights to gay rights and gun control and we have a platform for any rightist political party. These are highly emotional issues which are easy buttons for demagogues to push.

Nothing is as powerful as an idea whose time has come. It does not have to be a good idea.

.. oh Deary Me, Mound.. does a Crusade follow ?
I have some standing in the discussion
Former tiny altar boy, taught by nasty nuns
beaten viciously by Jesuit Brothers
at Toronto's De Lasalle
The violence was astonishing
and that's an understatement..

Well it was customery.. shall we say
The Catholic benevolence was meted out in small doses
the punishment was more or less constant pounding
It was so Christlike I was left a wondering
Was Jesus this mean, cruel and vicious?

I escaped to farm country & the assaults fell away
Instead, they were calm, friendly teachers
of no particular religion
who wore no robes.. or pushed Jebuz in my face
or wanted to 'help' me into my altar boy hassock
or out of it..


Like Owen, my experience of the Catholic clergy involved Jesuits who taught me at university and I found them exemplary educators and at odds with authoritarianism.

However I knew guys who attended Windsor's Assumption College (high school, Basilian Fathers) who spoke of having been subjected to similar treatment to that described by Sal.


"Nothing is as powerful as an idea whose time has come. It does not have to be a good idea."

"When fascism comes to America it will be wrapped in the flag and carrying a cross."

It's here already and well established at that.
I fear for all of us , the US evangelical racist greedy totalitarian culture that they wish upon not just the USA but the world.

I see in this something identified by the University of Manitoba's Bob Altemeyer in his book "The Authoritarians." He describes an undercurrent of authoritarians who, in better times, lurk quietly, unnoticed like a dormant shingles virus.

Then, along comes an authoritarian wave, guys like Trump, Orban, Erdogan, Duterte, and these characters like Deneen seize the opportunity, their chance to get something approaching mainstream recognition.

Altemeyer wrote his book at the urging of a friend, John Dean of the Watergate scandal. It's available, free, in PDF at the link below.

"Six of the nine justices of the US Supreme Court are Roman Catholics."

"When fascism comes to America, it will be called antifascism", Huey Long. He was a 1930s social democrat who believed FDR didn't go far enough with his New Deal platform – back when men and women roamed the Earth.

I find "liberal democracy" (i.e., hippy cultural Marxism) and Catholicism are quite alike. Both are forms of Deep State Fake Virtue that get rammed down the throats of the little people to provide cover for upper-crust raping and pillaging.

They say: we have to put the wolves in charge of the hen-house because the hens are too dumb to manage their own affairs. Eventually the wolves can no longer restrain themselves and nothing is left but feathers, beaks and blood-spray.

Then the wolves hand the people a bill: $19-trillion. (US debt built up since Reagan.) What's that for? For all the chickens we tore up. Who do we owe the money to? The wolves of course.

There is one grain of truth to this: In some ways the basic project of capitalism, and particularly neoliberalism, is to move from a situation where power over people is a relationship with responsibilities on both sides, ie where power comes in a package with, at least in theory, responsibility . . . to a situation in which power is radically decoupled from responsibility. The billionaire class has the power to exploit workers, customers and so forth, and the power to shape legislation to their liking, but remain private individuals with no special responsibilities and no relationship to the people they have power over. There's also no responsibility to the future--feudal lords were into dynastic succession and passing the land down to their heirs in a productive state, but money is fungible; modern private wealth can plunder companies and economies and hop to the next investment (at least, until the music stops and they've broken all the chairs--but they seem to actively work to forget about that).

They've managed to get all the loot with none of the obligations that traditionally came with that loot, and none of the relationships with the lootees. In that one sense one could actually argue for the superiority of feudalism.


Thanks for that, PLG. You've provided a lot to mull over.