The Vancouver That Might Have Been. A Tribute to the Legend, Harry Rankin. 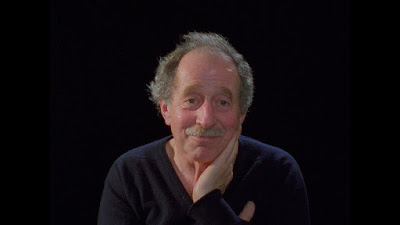 Most Vancouverites of a certain vintage remember 1986 as the year that begat the ruin of their once magnificent city.

It was the year of Expo 86, the World's Fair that transformed Vancouver thereafter for better and for worse but mainly, by a large margin, for worse.

The struggle for the future of Vancouver came down to the mayoralty race that pitted developer and future premier, Gordon Campbell, against socialist lawyer and activist, Harry Rankin. The Tyee has an article about a new film being released paying tribute to Rankin's life and times.

Harry Rankin was a Second World War veteran, criminal lawyer, Vancouver city councillor and socialist icon. He was described in a 2002 Globe and Mail obituary as “loud, profane, bombastic, ungracious and unforgettable.” If this larger-than-life legend and fighter for underdogs had succeeded in his campaign to become mayor of Vancouver in 1986, the city would have gone in a very different direction.

Harry wanted protections for renters and he wanted affordable housing. He wanted social housing in the proposed development on the Expo lands and to make them accessible to all people, not just those who could afford it.

Then there was the Gordon Campbell view, totally market-focused. In the film footage, Campbell said a lot about taking advantage of opportunity and of wanting to open B.C. and Vancouver up for business. It was a different paradigm than what Harry was working with.

Campbell won, Rankin lost and so did Vancouver.

I first met Harry Rankin at the Vancouver courthouse. As a newly minted lawyer I was in the barristers' lounge getting my gear on (in those days it was fashionable to have starched shirts with separate wing collars secured with silver studs, front and back). Harry had grabbed a nearby locker and was also getting his clobber on. Out of the blue he engaged me in a really delightful, humour and profanity-laced conversation. In the years following when we ran into each other at the courthouse we usually stopped for a few minutes just to shoot the breeze. That was the entirety of our connection and I always felt happy for it.
Posted by The Mound of Sound at 12:51 PM

Could you imagine him as the ambassador to the UK instead of Gord the developer??


I think Harry in Canada House would have caused a real stir. While he could be profane and bombastic he was no lout and he had a genuinely delightful mind.