Manafort Has His Deal. It's Big. 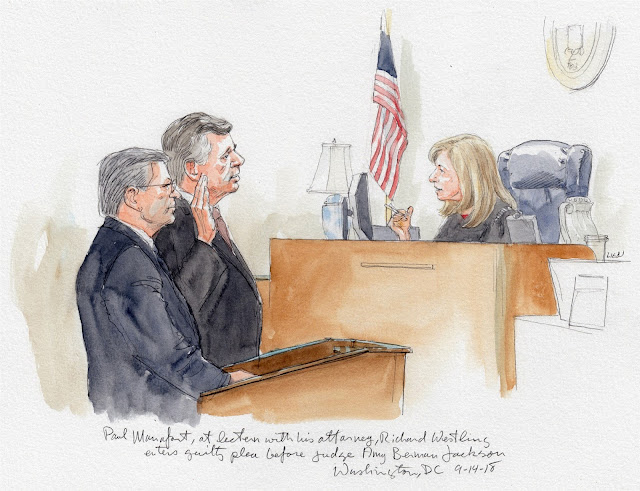 Paul Manafort has agreed to grass on Donald J. Trump. He will spill the beans. And he did not sell himself cheaply.

With eight felony convictions on the most minor indictments and a looming trial date next week on the serious indictments, Manafort and Mueller have struck a deal, one that will see the 'life behind bars' charges dropped.


“Manafort is effectively admitting to being an instrument of the Kremlin — something that didn’t stop when he was in charge of the Trump campaign,” says Max Bergmann, who heads the Moscow Project at the Center for American Progress. “This is what collusion looks like.”

And once again, it reveals that the president’s assurance that no one from the campaign had Russian contacts was flat-out false.

The New York Times has published the entire plea agreement between the government and Manafort along with other court filings. Manafort is forfeiting several properties to the government including his apartment in Trump Tower, Soho and this modest getaway in Bridgehampton. 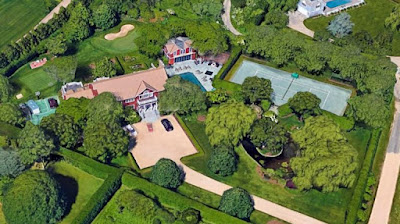 NBC adds this context to the Manafort plea deal.


After insisting that he would never flip — and earning praise from Trump as a stand-up guy — Manafort buckled under the weight of the legal burden facing him and cut a deal that requires him to cooperate fully and truthfully with Mueller’s team.

He has to meet with investigators without a lawyer, turn over documents, testify in court, and delay his sentencing until Mueller is satisfied, court documents say.

In exchange, he could end up with no prison sentence, instead of the decade or more he was facing, as long as Mueller tells the judge his cooperation was substantial.

“They must know that he has something of value,” Goldman said of prosecutors.

Manafort was allowed to plead guilty to two charges — conspiracy against the United States and conspiracy to obstruct justice. But prosecutors filed a document that summed up all the allegations against Manafort in both Virginia and Washington, and Manafort admitted in court that all of it was true, including the charges on which a Virginia jury failed to convict him last month.

...The question now is what does Manafort know, and who, if anyone, he can incriminate.

What will he tell prosecutors, for example, about his relationship with Oleg Deripaska, a Russian oligarch with close ties to President Vladimir Putin? Emails show Manafort was offering Deripaska private briefings about the Trump campaign, trying to make good on $10 million Deripaska had lent him — a loan that prosecutors say was never repaid.

...Prosecutors will also want to know about loans made to Manafort by Trump supporters after he left the campaign in 2016, including some from a Chicago banker Manafort recommended for a job in the Trump administration.

And they will want to know about any conversations Manafort had with the Trump team about defending the Mueller investigation, or about a pardon. Manafort, experts say, could be a witness not only in the Russia conspiracy investigation, but in the probe into whether the president obstructed justice.

“I think that Manafort likely was sent signals about a pardon,” Figliuzzi said. “It echoes right back to the obstruction-of-justice case.”


Is this the Deux ex Machina?


An essential building block, perhaps even a capstone, NPoV. We think of Manafort as a short-lived Trump campaign manager but there's so much more to his role with the Russians, Ukraine, and Trump.

Manafort now knows how much Mueller has on him. Others who have been grilled by the special prosecutor were stunned at how much Mueller's investigators uncovered about them before their first meetings.

Forget the wall on the Southern Border. The wall protecting Trump has been breached.


Aptly put, Owen. It definitely means the Trump gang - Don Jr., Kushner, perhaps Ivanka, even Trump himself may be in grave jeopardy. This brings into question how much more pressure Trump can withstand.