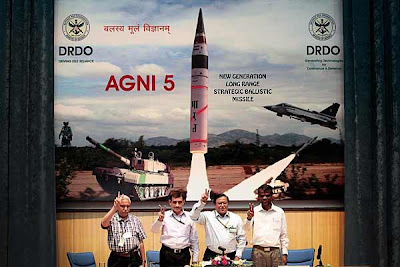 Indian officials are warning residents in their part of Kashmir to dig bomb shelters and gather a two week supply of food and water in preparation for a possible nuclear exchange.

The notice, published Monday by the Kashmir police in the Greater Kashmir newspaper, advised people to build toilet-equipped basements large enough to house the entire family for two weeks. If there is no basement, residents should construct bunkers in their front yards, the notice advised.

The shelters should be stocked with candles, battery-operated lights and radios and nonperishable food and water that is regularly replaced to ensure it is fresh, it said.

During an attack, it advises drivers to dive out of their cars toward the blast to save themselves from being crushed by their soon-to-be tumbling vehicles. It also warns residents to keep contaminated people out of their shelters.

“Expect some initial disorientation as the blast wave may blow down and carry away many prominent and familiar features,” it advises.


Asia, from the Kamchatka Peninsula to the Indian Ocean is becoming insanely bellicose today.    China, Japan, Taiwan, Vietnam, the Philippines, Indonesia, Malaysia, India and Pakistan seem caught up, in various ways and degrees, in ultra-nationalistic belligerence.   The United States, meanwhile, has reacted like a moth to a candle and may inadvertently help destabilize the region.

Even the Harper government seems to want a piece of the Asian action.  It was just months ago that Peter MacKay, gushing after face-time with U.S. Defense Secretary Leon Panetta, proclaimed that it was essential that Canada establish a permanent and substantial military presence in the region.
Posted by The Mound of Sound at 11:08 AM