The Art of Politics, Japanese Style 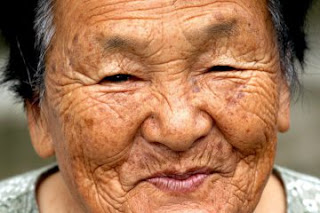 Japan's newly minted finance minister thinks his country's old people should hurry up and die.   Really, seriously, I didn't make that up.

Taro Aso, the finance minister, said on Monday that the elderly should be allowed to "hurry up and die" to relieve pressure on the state to pay for their medical care.

"Heaven forbid if you are forced to live on when you want to die. I would wake up feeling increasingly bad knowing that [treatment] was all being paid for by the government," he said during a meeting of the national council on social security reforms. "The problem won't be solved unless you let them hurry up and die."

...To compound the insult, he referred to elderly patients who are no longer able to feed themselves as "tube people". The health and welfare ministry, he added, was "well aware that it costs several tens of millions of yen" a month to treat a single patient in the final stages of life.

And, yes, Aso is Japanese for a quite similar English word.
Posted by The Mound of Sound at 10:04 AM