I Am a Prepper, Sort Of 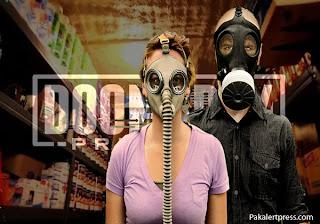 I am something of a "prepper" but so are most of my neighbours.  Our provincial and local governments encourage us to be that way but not for the reasons you see on those TV shows with oddballs who believe the Russians are bound to invade.

I'm a prepper because sometime between this afternoon and a hundred years from now a 9+ Richter Scale earthquake event is expected to hit this island.   By some accounts it will have enough power to shift this whole island, all 300+ miles of it, some 15 to 18-feet closer to Ottawa (not that that's a good thing).

Our government gives us lists of stuff to keep on hand.  Plenty of food, especially dried and tinned goods.   Lots of water.   First aid kits.  Radios.  Fire extinguishers.   Flashlights and lanterns.  Hand tools of all descriptions.   Fuel.   Tents and sleeping bags.   Got it all, that and lots more.   Fishing and hunting gear.  Long-range enduro motorcycle with hard cases.  Pretty much the lot.

An article in the weekend New York Times reveals that plenty of New Yorkers are also turning into preppers.


New York hardly seems like a natural location for what has become known as the prepper movement, but in fact the city’s prepping community is not only large and remarkably diverse, its leaders say, it’s also growing rapidly.

To the unprepared, the very word “prepper” is likely to summon images of armed zealots hunkered down in bunkers awaiting the End of Days, but the reality, at least here in New York, is less dramatic. Local Preppers are doctors, doormen, charter school executives, subway conductors, advertising writers and happily married couples from the Bronx. They are no doubt people that you know — your acquaintances and neighbors. People, I’ll admit, like myself.

The NYC preppers were pretty pleased with themselves when Hurricane Sandy battered the city.   A lot of them, apparently, dived into their "bug out" kits to get through the difficult days.   And now that the forecast is for extreme weather events of increasing frequency and intensity, maybe joining the ranks of preppers will be losing a lot of its stigma.   There'll still be nutjobs hunkering down with their  AR-15 in some spider hole but ignore them.

The best part is that most of us have most of the necessary kit already and, once you go through the lists, you'll have a good idea of the items you still need to finish the job.   As Baden Powell enjoined, "Be Prepared."
Posted by The Mound of Sound at 10:29 AM