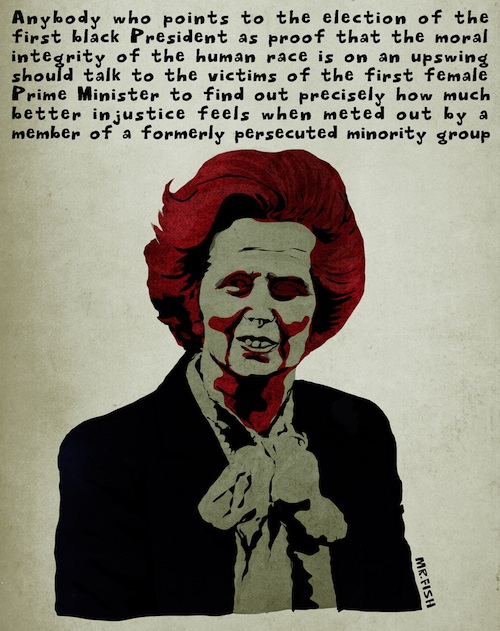 Cartoon by Mr. Fish, TruthDig
Posted by The Mound of Sound at 7:55 AM

Reality hasn't really intervened in my mother's life since the seventies. - Carol Thatcher, Margaret Thatcher's daughter
~~~~~~~~~~~~~~~
As far as Obama is concerned, the world is still waiting for the closure of Gitmo.

Brilliant satire, as always, from Mr. Fish. Modelled on the most convincing Joker, as portrayed by Heath Ledger.