Why Growth Is Our False God 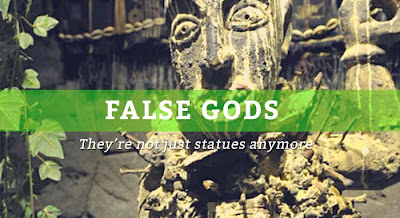 All of our politicians, without exception, cling to the alchemy that prescribes growth offers the solution to our every problem.   Taxes too high?  Grow the economy.  Population aging too much?  Grow the population, open the doors to immigration.   Not reaping enough benefit out of the Tar Sands?   Double, no triple production.

We've been growing our economic success for generations, many generations.   Bigger is better.   Until it's not and that's the point we crossed into several years back.   Globally it was reached in the late 70's when mankind grew to four billion strong.   Ever since then we've been too many people chasing ever fewer assets until we got to the point of eating our seed corn.

It's hard to explain why growth doesn't work for us any longer but Rob Dietz and Dan O'Neill, co-authors of Enough is Enough, offer a very helpful analysis:


The main problem with pursuing never-ending growth stems from the fact that the economy is a subsystem of the biosphere. All of the inputs to the economy come from the environment, and all of the wastes produced by it return to the environment. As the economy expands, it consumes more materials and energy, and emits more wastes. But since we live on a finite planet, this process can’t go on forever. Like an inner tube inside a tire, the subsystem can only grow so large compared to the system that contains it.
The size of the economy is typically measured using gross domestic product (GDP). GDP is the total amount of money spent on all final goods and services produced within a country over the course of a year. Since one person’s spending is another person’s income, GDP is also the total income of everyone in the country. GDP functions as an indicator of the overall level of economic activity—of money changing hands. Economic growth, as reported in the media at least, refers to GDP growth, which is equivalent to an increase in the amount of money changing hands.

...For most of human history, the size of the economy was small compared to the size of the biosphere. But over the last hundred years or so, this balance has changed remarkably owing to the increase in the number of people in the world and the growth in each person’s consumption of goods and services.
Between 1900 and 2008, world population increased from 1.5 billion to 6.8 billion people—more than a factor-of-four increase. At the same time, GDP per capita increased from $1,260 to $7,600—a factor-of-six increase. The result is that world GDP increased by an astounding factor of more than twenty-five over the last century, from about $2 trillion to $51 trillion (and this is after adjusting for inflation).

...On its own, an increase in GDP would not be a problem, except that economic activity is tied very closely to energy and resource use. As GDP increases, the economy requires more energy and resources, and produces more wastes. ...As a result of GDP growth, humanity now uses eleven times as much energy, and eight times the weight of material resources every year as it did only a century ago. And most of this increase has occurred in the last fifty years.

What is the environmental upshot of this growth? Plenty of evidence suggests that the global economy is now so large that it is undermining the natural systems on which it depends. This evidence presents itself as a wide range of global environmental problems: climate change, biodiversity loss, stratospheric ozone depletion, deforestation, soil degradation, collapsed fisheries—the list goes on.

...Indicators like the ecological footprint and scientific analyses like the planetary boundaries study suggest that the global economy has become too large for the encompassing biosphere. So long as this situation continues, we are risking environmental catastrophe. Even if we manage to avoid environmental collapse, the steady depletion of resources threatens to reduce the long-term carrying capacity of the planet, and with it the capability of future generations to flourish.

This unsettling state of affairs is causing some well-known advocates of economic growth to question their long-held views. Robert Solow, who won the Nobel Prize in economics in 1987 for his theories on economic growth, has said, “It is possible that the United States and Europe will find that, as the decades go by, either continued growth will be too destructive to the environment and they are too dependent on scarce natural resources, or that they would rather use increasing productivity in the form of leisure.” Economic journalist Thomas Friedman questions growth further. He asks, “What if the crisis of 2008 represents something much more fundamental than a deep recession? What if it’s telling us that the whole growth model we created over the last 50 years is simply unsustainable economically and ecologically and that 2008 was when we hit the wall—when Mother Nature and the market both said: ‘No more.’”

We are hitting a wall, plenty of walls.  We're feeling it.   We can see it from space.   We can record it at our docks.   We can measure it in the air and in the water beneath our feet.   And yet the besotted shirkers who dominate our politics will have none of this.   The fact is there aren't any of that crop - Conservative, Liberal, or New Democrat - with the courage to stand up for what's right.   Whether they're named Harper or Mulcair, Trudeau or Hall-Findlay, they're offering this country and our people, our kids and our kids' children, something considerably worse than nothing.
Posted by The Mound of Sound at 6:55 PM

Mound, you don’t have to be agnostic anymore. There is a God and the whole world believes in It without any exception. It is also known as Wealth or Money.

Well, LD, you do have a point.

There is always a price to pay, Mound, for worshipping false gods.

And history shows that the "best and brightest" are always the last to cotton on.