They Always Get Their Man. Or Maybe Not. Who Knows Anymore? 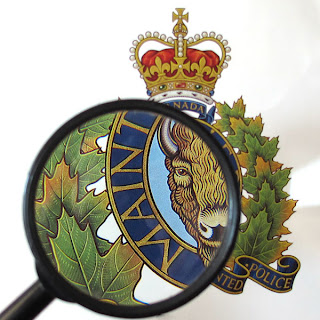 The Commissioner of the Royal Canadian Mounted Police needs to explain why it took his officers four years to compile a list of cases of serious misconduct by its members.

Commissioner Bob Paulsen admits no one was tracking these cases.  No one at the top knew how many there were or where the incidents were occurring or what exactly was going on.

It's unfair to lay this entirely at Paulsen's feet.   For the first three of the four years it took the CBC to get its answers, Tory mandarin Bill Elliott was the ersatz Commissioner of the RCMP.   Paulsen inherited the force Elliott left in his wake in November, 2011.

Canadians deserve to know what was done with this request for information during those first three years.   That would shed plenty of light on whether, during Elliott's tenure, the RCMP was operated as a partisan political agency of the Harper PMO, sort of like what has happened with the public service and the armed forces.

Elliott was supposed to reform the RCMP, to clean up the joint.   How could he do that if no one was tracking the miscreants in its ranks?   Just what in hell was he doing?   What else was he doing for "the Boss"?

There's plenty more to this story than the list that the Paulsen RCMP  belatedly delivered up to CBC.   There are many questions that remain unasked and unanswered.
Posted by The Mound of Sound at 8:29 AM