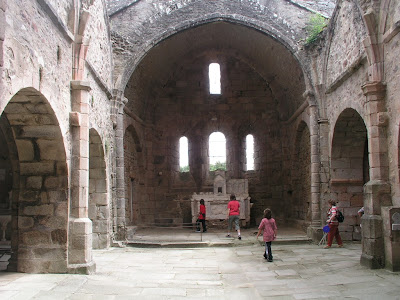 On 10 June, 1944, troops of the 2nd SS Panzer Division, Das Reich, descended on the tiny French village of Oradour sur Glane.   Women and children were herded into the church where they died under a barrage of hand grenades  before the soldiers set it on fire.   The men were forced into a barn where they were shot in the legs, doused with fuel and set alight.   The Nazi troops then proceeded to turn the rest of the town to ruins. 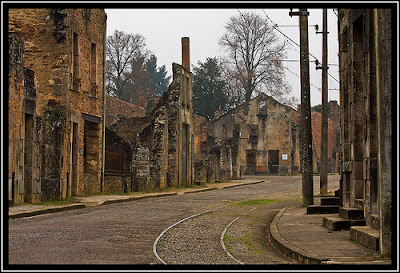 Oradour still stands today much as the SS stormtroopers left it.  De Gaulle ordered that the ruins be left, intact. 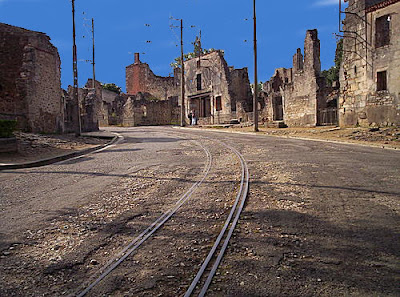 In the 1950's, sixty German soldiers were tried for the massacre, 20 convicted, but all were later released.   East Germany refused to hand over former SS troops it held.   Stasi records show about 6 of them who are still alive and the German state now wants an inquiry to see if they should be prosecuted.

642 French villagers were murdered in the massacre.
Posted by The Mound of Sound at 10:47 AM

I'm reading a beautiful book by Jacob Bronowski called "Science and Human Values." He begins with a description of his first sight of Nagasaki in 1945, after the bomb fell on the city. He talks about who is at fault and how scientists and mathematicians disclaim their complicity in this and other devastation. I don't have the book with me, so I can't give you the exact quote, but he finishes the chapter by reporting that he suggested that Nagasaki be left as it was, so that we could understand just the magnitude of our capacity. This suggestion seemed to be received with some horror, because it would disturb the statesmen.

Some days I don't know if I'm more angry or grief-stricken.

As far as I know, Karen, there are still some ruins in Nagasaki and Hiroshima. In Nagasaki, oddly enough, there is a partial tower from its former Catholic cathedral. And I think Hiroshima still has the ruins of what I recall as its observatory. Pretty much everything else was rebuilt.

Oradour, being a small village, was easier to preserve as a war memorial.

I do share your feelings about this. As a young child with a badly wounded WWII dad, I wondered how the Germans could have been so monstrous and that led me to wonder whether we might be capable of the same sort of brutality. I think what the Germans did lurks in all societies if certain genies are ever let out of their bottles.