Five Days Until the Senate of Canada Stands Trial 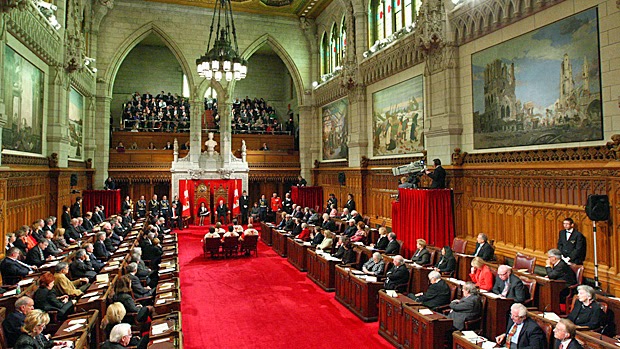 It's been pretty obvious for a while now that the Mike Duffy corruption trial will likely be transformed into an indictment of the Senate of Canada.  "We all did it" seems to be a core element of Duffy's defence.  Andrew Coyne seems to agree. He writes that the already overdue audit reports will reveal that Duffy was in good and plentiful senatorial company with his approach to "expenses." According to Coyne, 40-senators have received warning letters from the Auditor General:

No amount of pre-emptive spinning is going to save the Senate’s reputation, if the report is anything like what it is expected to be. These are the people, remember, who sat in judgment on senators Mike Duffy, Patrick Brazeau and Pamela Wallin; who peremptorily waved away their suggestions that the “rules were unclear” or that “it had always been done this way” as the self-serving twaddle it was.

If it is shown that large numbers of them were essentially guilty of the same thing, well, we’ll have to invent a new word to describe that level of hypocrisy.

What's unclear still is just when the AG's audit reports will be released to the public record.  Will efforts be made to postpone the release until after the conclusion of the Duffy trial in mid-June?  This is the very sort of damage control exercise that Harper is so masterful at exploiting.  Get it out in the summer holiday season and let the idle months simply wash it away.
Posted by The Mound of Sound at 9:54 AM

What a great excuse for getting rid of the Senate. By the way, why can't I access your blog from liberalsONLINE.ca any more?

I think we're too constitutionally muscle-bound to get rid of the Senate, Anyong. That would require re-opening the constitution and there would be no end of provincial demands to confront.

I have no idea about liberals online. Perhaps they realized I don't think much of their party, Anyong. I have been pretty critical of Trudeau the Lesser.