From The Washington Post, a map depicting the world's least-religious countries. 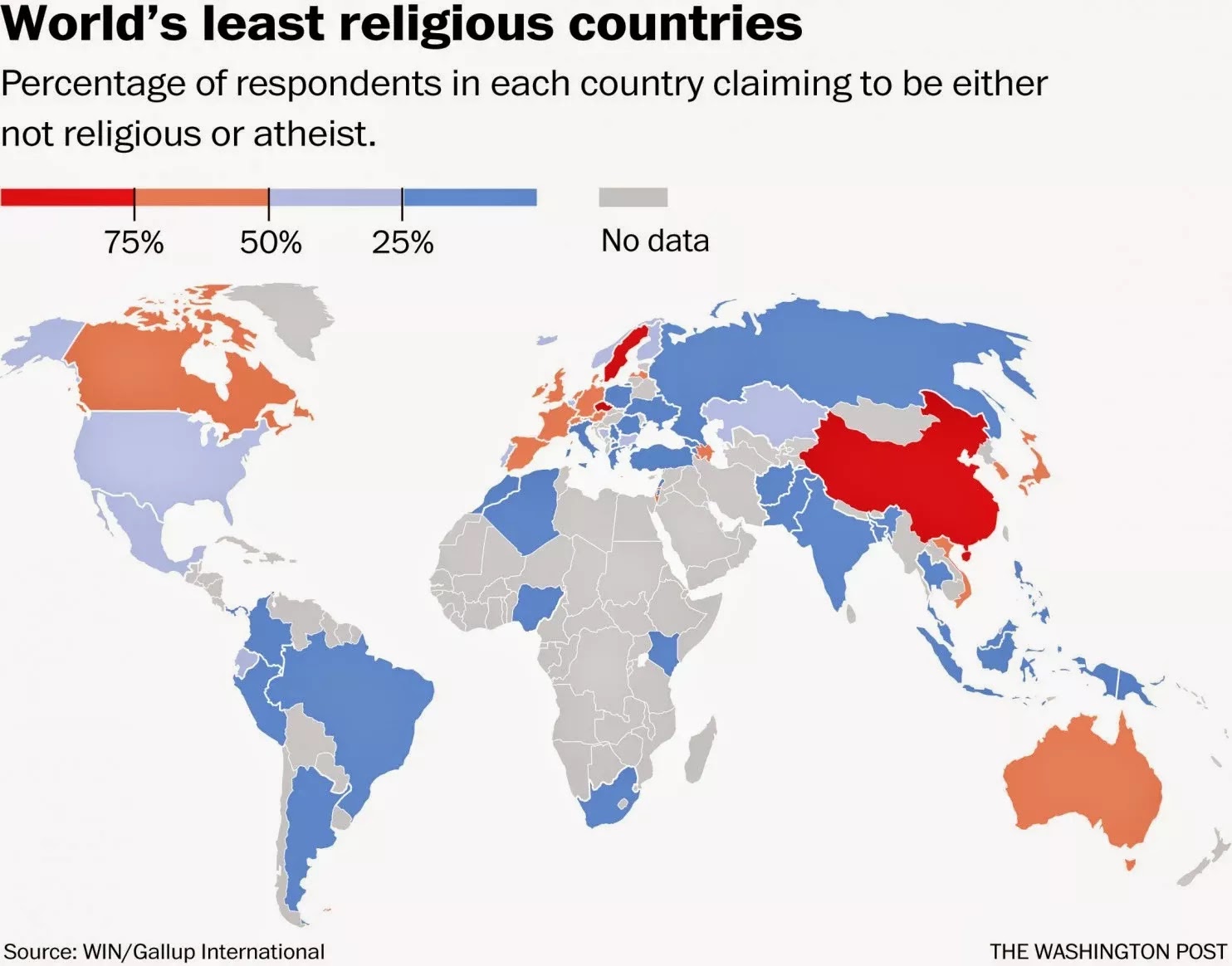 Well we're not as bad as those Pagan Swedes or the Chinese but we're batting above 50% as either not religious or atheist.

With its high numbers of atheist citizens, China and Hong Kong appear to be outliers in Asia. Western Europe and Oceania are the only regions where about 50 percent of the population or more either consider themselves to be atheists or not religious, as well.

In Western Europe, the U.K. and the Netherlands top the ranking, followed by Germany, Switzerland, Spain and Austria. In France, about half of the population is not religious or atheist — despite the fact that it is generally considered to be the birthplace of Western secularism.

With 65 percent, Israel has surprisingly many citizens who consider themselves not religious or to be atheists. According to Israeli newspaperHaaretz, atheism is deeply entrenched in the country's society. Many Jews furthermore practice some religious acts, but consider themselves as secular. In the West Bank and Gaza, only 19 percent of all respondents said that they were not religious.

It seems that Canada is in good company with Australia, most of Europe and Japan.

The least religious folks in Europe are Czechs.
Interesting, as they are surrounded by far more devout Poles, Germans, Austrians etc.
A..non

I wonder why they show "no data" for so much of the Muslim world? Saudi Arabia, Kuwait, Egypt - I'd expect they would be pretty devout Muslim.

They run this survey every year.

This is their Regional and Country results page for the 2014 survey and has links to all the countries they surveyed.

The religion question was just one of many they asked.

So pick a country and scroll to Table 10 for the religion question. Interestingly in Saudi Arabia the question about religion was not asked - also the questions about trusting various groups of people appears to have been asked but the percentages are not filled in.

Lots of other stuff too.