Getting Buried in the Babble 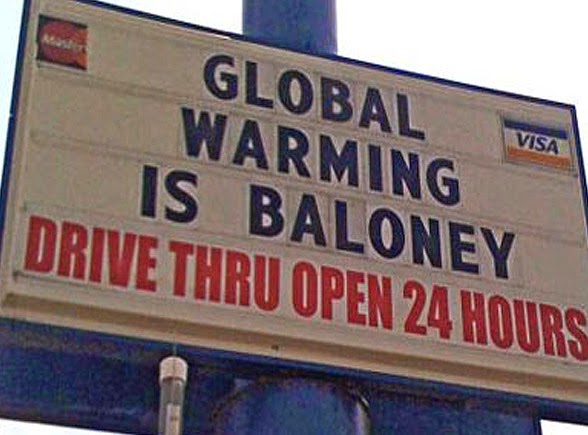 It's been a while since I posted on a) the polar ice melting or b) sea level rise or c) a whole lot of other things.  It's not for want of following those issues, it's from becoming too immersed in them.  On climate change problems, the research is coming in so fast that it's hard to keep the studies in any sort of coherent order.  It's sometimes quite difficult to tell which report supercedes another or when they should be taken together to reveal a more comprehensive picture.

I know a lot about rearmament and arms races underway right now, almost too much to convey any accurate sense of it.

There's a powerful human element too.  It just becomes much too goddamned depressing to keep reading about something you realize can be critical to countless millions of people that is progressively worsening and so often little if anything effective is done to thwart it.

Taken cumulatively it leads to a powerful sense of resignation and defeat.  As I've mentioned before I have had some insightful but completely informal conversations with genuine, honest to Odin, climate scientists over drinks and it didn't take too many swigs for them to go from "we can do this" to "oh, we're so screwed."

It's easy to blame governments but many, I believe, are trying to respond to these looming emergencies only they're working from projections that are long out of date.  I've looked into how some West coast municipalities are preparing for sea level rise.  They're still going by early IPCC forecasts of 2-3 feet of rise this century when current research suggests 3-4 metres.  Which means that the time and money and effort they're investing in adaptation responses may be pointless.

There are other governments, such as Florida's, that thing the best response to sea level rise is to forbid government employees from speaking the words "climate change."  There's nothing laughable about it for it's an example of governments that claim the ultimate right to deal with such things just sweeping them under the carpet.

I know that climate change is real.  I have white-sided dolphins in their thousands, transient orca, humpback whales, California sea lions and countless millions of sardines that have migrated into our waters from the south and they're basically incapable of lying about what's really going on.  We've even got resident brown pelicans now.  I'm pretty sure those thousands of seal pups showing up starving on California beaches are in such dire condition because their food, those masses of sardines, have moved north.

I know climate change is real and it's here today from the fact that, once again, we had no real winter and the snow pack is gone from our lower mountains entirely.  You can still see snow covered peaks if you look 40-miles away to the mainland but that's doing us absolutely no good whatsoever.

Recent studies indicate that the 2 degree Celsius warming target our governments supposedly intend to stay within to have some reasonable chance of avoiding runaway global warming is overstated.  The science now suggests the tipping point is 1.5C.  Here's the kicker.  We know from the greenhouse gases we've emitted that we've already locked in 1.5C.  And we know that long after Year 2100 has come and gone the existing GHGs we've already emitted will still be warming the planet.  That's our goal, for humanity to survive in some state for another 85 years?  That's it?  Yet that does indeed seem to be the case.

I expect that's what comes from being the only species that can contemplate its own demise.  What an amazing quality to waste.

So, yeah, the polar ice caps are melting faster than we ever imagined and at a steadily accelerating rate.  Most of our glaciers are in retreat.  Species, plant and animal, marine and terrestrial, are migrating north and south away from the equator.  Even governments that are trying to respond wind up working from outdated projections that often render their efforts meaningless.
Posted by The Mound of Sound at 8:28 AM

This message from Jimmy Carter, then POTUS, in the spacecraft seems so prophetic now, doesn't it?

"We cast this message into the cosmos ... Of the 200 billion stars in the Milky Way galaxy, some – perhaps many – may have inhabited planets and space faring civilizations. If one such civilization intercepts Voyager and can understand these recorded contents, here is our message: This is a present from a small distant world, a token of our sounds, our science, our images, our music, our thoughts, and our feelings. We are attempting to survive our time so we may live into yours. We hope some day, having solved the problems we face, to join a community of galactic civilizations. This record represents our hope and our determination and our goodwill in a vast and awesome universe."

Nothing to see in Califonia, except people's heads increasingly buried in sand.

Dana, perhaps we should send another vehicle with DNA samples, human and non, and genome charts into space. Then, if there is life out there, perhaps we could be found and replicated.

Steve, not that long ago I was pretty sure the Pacific Northwest would be the last part of N.America to be affected. It turns out that was wishful thinking.

I'm not sure I'd want us replicated as we are.

Just as I'm not sure a civilization sufficiently advanced to accomplish that would be very happy to have a greedy, warlike, immature species like us running around unchecked. It likely wouldn't take more than a few generations for them to figure out we'd best be caged or eliminated.

Imagine the circus that would ensue in attempting to come to a global consensus as to which bits of the human DNA chain to include and exclude. Probably lead to war.

Imagine a totally pacifist alien civiliztion, one that had cleansed itself of warlike instincts thousands, perhaps millions of years earlier, hatched us in their laboratories. We might come across as holy terror barbarians and promptly be chucked in their incinerator.

My local Rep on the CRD is fighting the idea that present low bank waterfront be designated "non-conforming" and new setback bylaws. He owns low bank waterfront in Sooke. Illustrates the lack of political will to plan for long term problems. Who says they don't make new waterfront? Wait for it!

Also, BC Hydro has condemned property owners in Jordan River living in the path of the dam that Hydro built that is in imminent danger of catastrophic failure. Hydro refuses to decommission the dam safely and refuses to upgrade, putting the entire village in danger.

Hi, Kim. The low-bank waterfront problem out our way is going to worsen significantly before long. Many people don't understand how sea level rise can combine with seasonal (Spring) flooding, storm surge and the occasional King Tide to inundate our shoreline.

Any flood event can be destructive of our standard, wood framed construction but it's like a boxing match. It's not how well you can take one punch but how long you can endure a flurry of them.

We have a beautiful residential neighbourhood adjacent to the Englishman River that now regularly floods. Our city engineer tells me you can no longer get a building permit for as much as a garden shed down there. I can't imagine how you go about selling a home so afflicted.