The Face of God - Why, It Looks Just Like a Circuit Board! 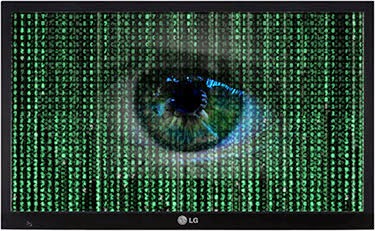 If there is a Supreme Being out there in the multiverse, it's probably a "mind-blowingly intelligent super computer."

Many scientists believe the human race is only decades away from being able to download and upload experience to and from human consciousness.

This is essentially a game-changing and mind-bending shift moving the human race from a carbon-based organic life-form to silicon-based, probably electronic, one.

And the highly-respected group of boffins – which includes astronomers like Seth Shostak, director of NASA’s Search for Extraterrestrial Intelligence program, NASA Astrobiologist Paul Davies, Library of Congress Chair in Astrobiology Stephen Dick, and Susan Schneider, a professor of philosophy at the University of Connecticut – believes this is the first step towards the creation of a fully-fledged hyper advanced super-being.

And, as any other life-form is likely to be hundreds of millions of years more advanced than life on earth, this is expected to be the dominant being in the universe.

Some even liken the super-being to God.

According to Dr. Schneider, “As soon as a civilization invents radio, they’re within fifty years of computers, then, probably, only another fifty to a hundred years from inventing AI.

“At that point, soft, squishy brains become an outdated model.”

The philosopher said many advocates of the super-intelligent AI robot model have also pointed out that humanity’s search for alien life tends to favour worlds where water exists.

However, given the suggestion that humanity is about to shift from biology to technology, the requirement that water be available is no longer relevant.

“But if we’re correct that the dominant intelligence in the cosmos is artificial, then does it have to live on a planet with an ocean?”

“All artificial life forms would need is raw materials.

“They might be in deep space, hovering around a star, or feeding off a black hole’s energy at the centre of the galaxy.”

Well that sure screws up the whole Rapture business.  Oh dear.  It sounds like Stephen Hawking is right.  Eventually artificial intelligence does in the organic life that creates it.  Damn!

Wow, I suppose seeding the universe with the organic building blocks would make sense - in a very strange sort of way.

Tell me again why we want to make AI?