Aiding and Abetting the Mugging of Parliament 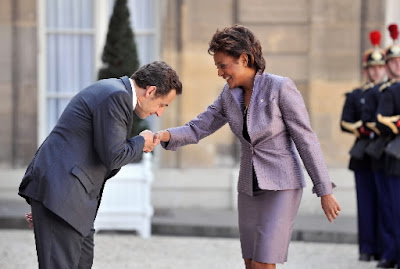 Hey, Your Excellency, didja hear the news? Canada lost 70,600 jobs last month, the worst drop in a quarter century. The auto industry is on the brink of collapse and needs parliament's urgent attention. Ontario is heading into the tank. Thank God we've got a parliament geared up to respond to this emergency. Oh, what's that? We don't? They've been locked out of the House of Commons? Oh, who did that? The Governor-General? Can she do that? What's that you say? No one knows why she did it and she's not talking? Say what? No parliament until when? The end of January, next year? Are you serious?

She shut down parliament because Steve asked her to save his skin? She didn't even talk to the opposition leaders about it? She figured that the 62% of Canadians who voted for someone else don't need a voice in parliament, Steve can reign as our unelected monarch? Really?

The questions answer themselves. Put together all the answers and you have a Governor General who recklessly wielded powers in a way that usurped Canadian parliamentary democracy. I don't think she's ignorant of the importance of our democracy and how it's been crafted over these several centuries. I guess she felt her view, informed only by the guy in the crosshairs, was enough that she didn't even need to hear from the opposition about it.

Parliament has been mugged and Harper needed Madame Jean to collaborate with him to pull it off. He went to her acknowledging that he had lost what every prime minister cannot purport to govern without - the confidence of the House of Commons. He knew it, she knew it. She also knew that our economy is approaching freefall and we cannot do without a working parliament at this critical juncture. Despite everything she knew, she acted capriciously, perhaps even contumaciously.

I was a lukewarm supporter of our constitutional monarchy until yesterday when monarchy chose to trample our constitutional democracy. Now I can't wait to see that whole institution abolished and the smell of it purged from my country.
Posted by The Mound of Sound at 9:01 AM

33,000 (THIRTY-THREE THOUSAND) new jobs being created by 2010 by POTASH CORP in Saskatchewan. Good paying jobs. We are short some 12,000 trades people as well. 45,000 good paying jobs not including the multitude of jobs that support those industries out here.

Rome is not burning despite your assertions.

That's not including the 10,000 we need like YESTERDAY... to the point where the Premier of Saskatchewan has taken a recruiting fair to Ontario on two occasions. My company is having to hire filipinos because we can't get anyone in Canada to apply and these jobs start at $23.50/hour.

Alberta is short 21,450 people for trade related employment not to mention the 20,000 or so needed for the oil patch.

The Japanse manufactures have created more jobs in Ontario than the the big 3 have lost. Does that ever get reported? Also, since Jack ( I want to be P.M.), Dion ( I am now your dictator ), Gilles (Kebec nation ) and Liz (me too ) all want to be green, maybe they should not support an industry soly devoted to burning fossil fuels.

I have heard some inane comments, "not", but yours ranks with the best of them. The unemployment figures speak for themselves so spare me the agitprop. It's too bad you don't understand either your country or its parliamentary democracy and, it's obvious, you really don't. Sad, really.