Playing With Matches in Afghanistan 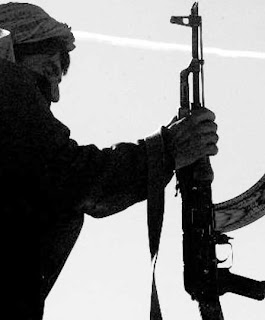 The United States may be embarking on its biggest blunder of the 7-year old Afghan war. In a move widely opposed by the Afghan legislature, leaders of the country's several ethnic minorities and America's NATO allies, the US military command has decided to arm local militias to aid in the fight against the Taliban.

The move reeks of desperation and failure. Failure comes in the form of a rapidly spreading insurgency despite seven years of conflict. It's now widely reported that the Taliban (to use the generic name given the much more expansive insurgency) have established a permanent presence in 72% of Afghanistan, up from 54% a year earlier. Desperation comes in the "Hail Mary" quality of arming tribal militias instead of relying on the Afghan National Army and the Afghan security services. From The New York Times:

American commanders say that while they would prefer to field Afghan Army and police forces, they are simply not available.

“We don’t have enough police,” said Maj. Gen. Michael S. Tucker, the deputy commander of American forces in the country. “We don’t have time to get the police ready.”

The Americans are hoping to apply to Afghanistan the somewhat successful "Awakening Movement" they used in Iraq. There are several differences. In Iraq the Americans armed and paid the existing Sunni insurgency to fight foreign Sunni al-Qaeda terrorists. What they're seeking to do in Afghanistan is to set Pashtun against Pashtun, tribesman against fellow tribesman.

Other Afghan ethnic groups fear the Americans may unwittingly be launching the next civil war:

"...the plan is causing deep unease among many Afghans, who fear that Pashtun-dominated militias could get out of control, terrorize local populations and turn against the government. The Afghan government, aided by the Americans, has carried out several ambitious campaigns since 2001 to disarm militants and gather up their guns. A proposal to field local militias was defeated in the Afghan Senate in the fall.

“There will be fighting between Pashtuns and non-Pashtuns,” said Salih Mohammad Registani, a member of the Afghan Parliament and an ethnic Tajik. Mr. Registani raised the specter of the Arbaki, a Pashtun-dominated militia turned loose on other Afghans early in the 20th century.

“A civil war will start very soon,” he said."

In a nation beset by a spreading insurgency and riven with ethnic tension and suspicions, arming Pashtun militias is bound to destabilize the Tajik, Hazara and Uzbek minorities. Afghanistan's non-Pashtun warlords have been sitting on the fence the past few years, watching and waiting to decide who to back, the government or the insurgency. It's more than possible that this move could push them closer to the insurgent side. Karzai has already lost the trust and support of a large proportion of Afghans. In a nation literally built on duplicity and betrayal, it's hard to imagine something like this not backfiring.

A recent article in The New Yorker focused on an Afghan police unit working with Canadian forces in Kandahar. The police unit was comprised entirely of Hazara. Canadian liaison officers praised the Hazara for their effectiveness, complaining that previous experience of Pashtun police and Pashtun army forces showed them often unwilling to fight the Taliban.

Pashtun fighting Pashtun does not seem to be a very popular pastime in southern Afghanistan. Canada, having learned a great deal about the Pashtun from operating in Kandahar, opposes the American initiative. President Hamid Karzai, whose options are steadily shrinking and whose future is looking a tad dim, has signed off on the move despite the opposition of his legislature.

Another interesting aspect of this is that as recently as a couple of days ago the United States was flatly denying any intention to actually arm the militias. Curious how abruptly that changed.
Posted by The Mound of Sound at 7:19 AM