What - Or Who - Killed Mike Connell? 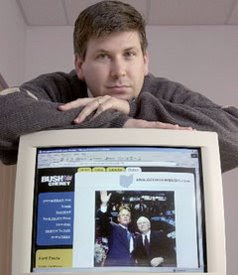 The conspiracy theorists are having a field day over the Friday night death of Mike Connell, Karl Rove's IT guru.
Connell died when his light plane crashed near Akron, Ohio.
What has everybody worked up is that Connell was due to testify in a case alleging election tampering in Ohio in 2004. Before the crash, Connell was worried that his life was in danger and had his lawyer contact US attorney general Mukasey to ask for protection. The lawyer also asked the Ohio attorney general and the court to have Connell taken into protective custody.
It is reported that Connell played some role in the vote count in Florida in 2000, in the count in Alabama in 2002 (when then governor Siegelman was ousted) and in Ohio in 2004 where the Bush win propelled him to a second term in power. The suggestion is that Connell was involved in "electronically shaving" the vote counts to favour Republican candidates.
It is being reported that Connell's lawyer, Cliff Arnebeck, told Mukasey that his client had been threatened by Rove.

http://www.alternet.org/election08/114674/rove%27s_it_guru_warned_of_sabotage_before_fatal_plane_crash%3B_was_set_to_testify/
Posted by The Mound of Sound at 11:37 AM