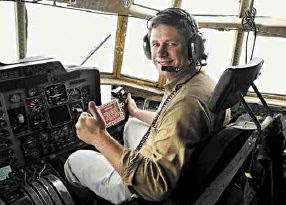 Now is no time for the opposition to take the heat off our Furious Leader. In a newfound spirit of cooperation, Harpo has asked the opposition for their input on the fiscal meltdown Canada is now facing.

Fair enough. They should sit down among themselves and formulate a shopping list of policies they, as the parliamentary majority, want to see enacted. Put their stamp on it and lay it out before the public so that Harper can't once again go into weasel mode and claim it as his.

They should also insist on being included in the meetings with the provincial premiers so that they can get a first hand understanding of the concerns and interests of the provinces and just what the Harper minority considers an appropriate response.

The nation is facing a looming crisis, one our brilliant economist leader was too busy campaigning in his insatiable quest for majority to see coming. Harper has repeatedly shown that he cannot put the country's welfare above his rank political ambitions and therefore deserves neither the confidence nor the trust of parliament.

So, yes, give him a list. By all means tell Harper just what the opposition majority and the Canadian people expect from their minority ruler when the nation wallows in recession. Lay it out and leave Harper no option but to violate every Rovian, neo-con principle he holds so dear or explain to the population why not.

It's Christmas time. Give him a choice - Santa or Scrooge.
Posted by The Mound of Sound at 4:28 PM

This is a good suggestion. It's what the Liberals should have done in the first place right after the Conservatives realized that defeat on confidence was a realistic scenario.

The coalition idea was probably good for some egos but it was a terrible idea to actually implement. The Liberals overplayed their very strong hand and I'm glad the Governor General has given them a chance for a sober second look.

So the correct thing to do now is to make a list of policies goals and start hashing it out with the Conservatives. Just don't do anything stupid like insisting that every single demand is non-negotiable or come up with demands that would only hurt the economy and give the Conservatives election ammunition. (I'm thinking of the immediate $5 per barrel tax on Alberta oil I read about on an NDP blog, and I'm glad such silliness is confined to blogs for the most part).

Do something like that and you we're back at square one rolling the dice on what the Governor General might do. And that's not in anyone's interest.

If Harper was serious about input from the other parties (as opposed top simply using input as part of his devious framing), then he would seek a coalition government with the other parties. We could widen the Accord to include the Tories, as long as the other 2 parties get cabinet seats etc.
Now that is true cooperation by a minority government ...

And which party do you think would be willing to do that CuriosityCat? The Liberals *might* be able to work with the Conservatives in the House in January, but they are simply not going to get along well enough to form a government together.

The current animosity between the Liberals & the Conservatives predates Harper. I suspect that there's a few Conservatives who still remember being slandered as "racists" in the commons by the Liberals when they were the Reform party.

Unfortunately your memory is feeble. Those Reformers branded "racists" were just that. It's why Preston Manning turfed them from his party, remember? Or would you rather forget that unfortunate moment in uber-right history?

My memory is nothing of the kind. (Except when it comes to remembering where I left my wallet).

Unpleasant people certainly were turfed from the party. But the accusations of racism were flung across the aisle at pretty much everyone. It was a highly effective political strategy to tar the whole party/movement/etc with the racist brush, but it built up a LOT of resentment.

Racism is one of the unpardonable sins in our culture. People don't forget that kind of thing quickly, and it's been a downhill spiral since then. I'm starting from that point because the need to toss Brian Mulroney was generally agreed upon by conservatives as well.

We see eye to eye on the good Dr. Fry. That was ludicrous although I'm sure it cost her any real prospects she had to advance in the LPC.

That said, there was a definite anti-native sentiment that shot through the Reform ranks. Remember that Preston wasn't always quick to respond but at times had to be pushed to act.

It seems to be a recurring theme among the more militant social conservatives.

1. Reduce Federal Cabinet to Maximum of 30 Ministers (Savings of 15$ Million)

Either Harper accepts or the Government falls.

I;m with you on 1, 3 and 5 but I'm pretty sure we've already signed onto Kyoto and I have some reservations about 2 but I'm open to persuasion.

"They should sit down among themselves and formulate a shopping list of policies they, as the parliamentary majority, want to see enacted. Put their stamp on it and lay it out before the public so that Harper can't once again go into weasel mode and claim it as his."

And I think what is key here is this part of that statement:

"...lay it out before the public so that Harper can't once again go into weasel mode and claim it as his."

Exactly. It will show the public what the other parties want & he can't say they wouldn't work with him or that their ideas were useless. This will be proof that they want the best for the country & it's people.

And it would be a highly pro-active move. Excellent suggestion!