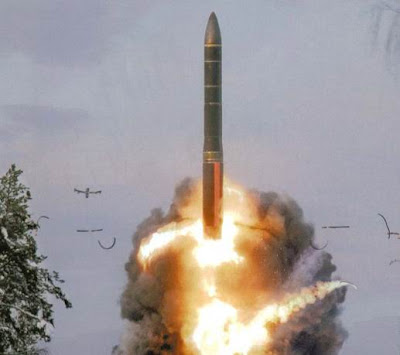 Russia has announced plans to deploy another 70-intercontinental ballistic missiles over the next three years. At least some of the new missiles will be the multiple warhead RS-24 that the Russians claim can defeat American anti-missile defences.

Despite falling oil prices, Russia is set to implement a 28% increase in the country's defence budget which will see the introduction of new tanks, ships and aircraft.

Russian generals have recently disclosed plans to supply Iran with the latest Russian S-300 anti-aircraft, anti-cruise missile batteries that Western experts say could alter the balance of power in the Middle East.
Posted by The Mound of Sound at 12:00 PM