Could America's Army Be Unleashed On the American People? 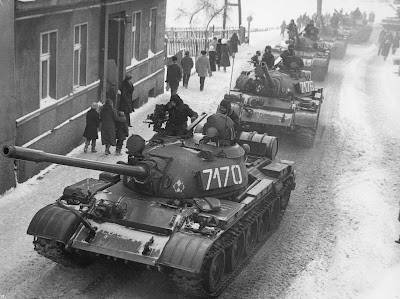 The very idea of the American military being turned on the American public seems so outrageous as to be unthinkable but think again because the US Army War College is thinking about just that. From the El Paso Times:

A U.S. Army War College report warns an economic crisis in the United States could lead to massive civil unrest and the need to call on the military to restore order.

"Widespread civil violence inside the United States would force the defense establishment to reorient priorities ... to defend basic domestic order and human security," the report said, in case of "unforeseen economic collapse," "pervasive public health emergencies," and "catastrophic natural and human disasters," among other possible crises.

The report also suggests the new (Barack Obama) administration could face a "strategic shock" within the first eight months in office.

Earlier this year, Pentagon officials said as many as 20,000 soldiers under the U.S. Northern Command (NORTHCOM) will be trained within the next three years to work with civilian law enforcement in homeland security.
Posted by The Mound of Sound at 12:40 PM

Through in some private militias with ulterior motives and voila! Huge f**king mess. Ever see the tv show Jericho?

The scenario is easily imaginable.

Fortunately I think that the change of management makes this prospect very remote. Then again, who can say?