At Least There'll Be Enough Porta-Potties 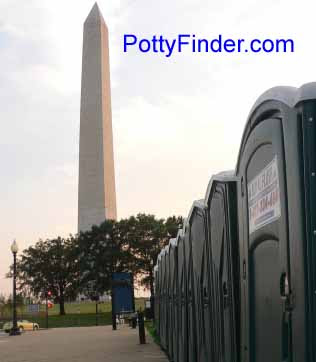 It's hardly the best way to recall the momentous day but, according to McClatchey Newspapers, Obama's inauguration day also turned out to be "the largest temporary toilet event in the history of the United States."

Most of the blue beacons were provided by Don's Johns of Chantilly, Virginia. According to McClatchey the johns didn't get nearly the workout planners had expected. Which is probably good news as it ensures there'll be plenty of surplus available for the 200,000 anti-abortion protestors who'll march on Washington today to demand that Obama move to overturn Roe v. Wade.

Observers (okay, just me) predict that a gang that large that thinks it has the slightest chance of getting that point across to Obama is so full of it they might just be able to fill the unused capacity of all those porta-potties.
Posted by The Mound of Sound at 12:10 PM