Ten Trillion Dollars Worth of Stimulus Spending - for Survival 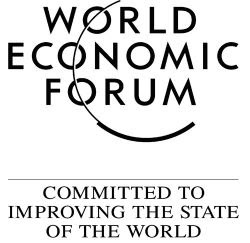 The World Economic Forum, the outfit that puts on the annual Davos summit of business and political leaders, estimates that ten trillion dollars will have to be invested in green technology between now and 2030 if the planet is to avoid an unsustainable warming. From The Guardian:

Green investment has increased more than fourfold, from $30bn to $140bn, between 2004 and 2008, but would still need to triple to meet the target set by the WEF and the co-authors of the report, New Energy Finance. Outlays of $500bn a year would be needed to prevent a rise of more than 2C in global temperatures by 2030.

Max von Bismarck and Anuradha Gurung from the World Economic Forum, and Chris Greenwood and Michael Liebreich from New Energy Finance, said "enormous investment in energy infrastructure is required to address the twin threats of energy insecurity and climate change. In light of the global financial crisis, it is crucial that every dollar is made to 'multi-task' to create a sustainable low-carbon economy."

At a time when the global economy has been struggling, the report said business had an opportunity to make healthy profits from the fight against climate change. An index of the world's 90 leading clean energy companies had a five-year compounded annualised return of almost 10%, unmatched by the world's major stock indices.

Thinking about this, in conjunction with the Harper-Ignatieff "stimulus" budget, is just depressing.

The environment continues to be on the back-burner as usual with this govt. And why did Baird make an announcement about pollution (Environment) in conjuction with more Defense (DND) in the Arctic yesterday to prevent it? Neither of those are his portfolios. What the hell is going on.