Damn It, I Just Don't Look Good in Sackcloth & Ashes 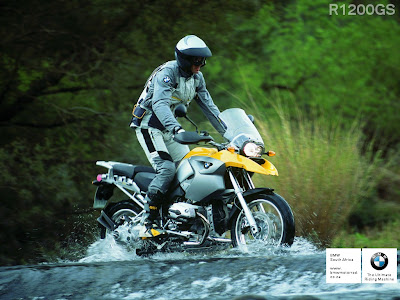 I fired up my two-wheeler Beemer today and sallied forth into the cold, cold Great Outdoors.

I don't own a Hummer or an SUV of any description, not even a big-ass 300-series pickup. When I drive at all it's a somewhat fuel-miserly 1999 VW that I nurse along with a light, fuel-saving foot.

My house is comfortably small, built with all the modern energy-saving technologies this side of solar panels. I'm waiting until they go up a bit in quality and come down a tad in price. I compost and I recycle and shy away from excessive packaging, I bulk shop and all that good stuff. I keep my house cool enough to hang meat and I just renovated with energy-efficient windows.

And yet I know that I'm an environmental sinner. I can't give up the bike or riding it whenever I can. It's how I holiday. A couple of years ago I rode out to see my elderly Dad in Ontario (I took the 401 out and explored far northern highways on the return trip - awesome). A year after that I rode down to Cabo san Lucas at the bottom tip of the Baja. I love to ride the Pacific coast roads through Oregon and Northern California.

I like to ride alone. There's a powerful serenity, a genuine inner peace, that comes from hours in the saddle wending one's way through back roads and, sometimes, marginal paths or no road at all. One's mind rests while it's simultaneously constantly alert. There's no place for daydreaming. That will only leave you heading for a ditch - or worse. Riding solo also affords an opportunity to restore one's acquaintance with self-reliance, something that's been nearly suffocated out of modern life.

I crashed my first motorcycle at the age of 15 and did in a few more in the years after that. I have seen the inside of the big white taxi cab with the flashing red lights. Somehow, after four decades, I figured out there's not much point in finding out how far a motorcycle will lean over or how fast it can go - until it doesn't. You can't stop doing those things but you can learn to stop doing them in time, before you reach the point of departure.

When I was young, death was an issue. I made it through those years but a bunch of my contemporaries weren't so lucky. When I went down to the states for my undergrad it was even worse. Vietnam really made young people, at least American young people, aware of their mortality.

Then you make it through and hit 30. Once you've gotten through the reckless teens and casual 20's, you're pretty well positioned to slide through at least until you reach 50. And that's when the old mortality business returns with a vengeance.

Once you get to 50, your parents and those of their generation, begin to expire - in droves. But even worse, your own contemporaries are suddenly dying again just like they did when you were young and drunk and stupid. Your kind begin sliding away as a result of decades of hard living and bad habits. They get caught by weird diseases like dimentia. Some take their leave by their own hand. People are going but they're not having the kind of fun they used to have on the way out when you were young. And as you watch them depart this mortal coil, you wonder when your number is going to come up.

That's one of the reasons I ride today. I ride across Canada or into Mexico or just down to Santa Monica because I don't know if I will even be able to ride to any of those places in five years or ten years. I know that if I pass up these opportunities, these modest, even humble adventures, I may well be miserable for it when that day arrives that they're no longer an option open to me. Damn but I dread that day. I hope I'm able to throw a leg over a bike for another 30-years at least. 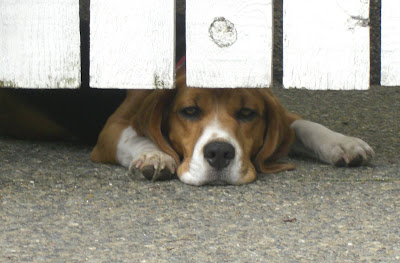 I can relate to that sense of life being fleeting. In the past few years, there have been many deaths of close-ones, and not all of them have been elderly. I have probably bought as many sympathy cards as birthday greetings, and that is frankly depressing.

I wish you many more years of enjoying your motor bike.

Hi BY. Yeah, it can be depressing - but it's so much worse if you give into it. There's an entire industry built around pre-packaged comfy oblivion. I've always recoiled at the idea of cruise ships. I think the only thing expected of you on those is to wipe your own backside. Why, as we "mature" do we become so much like children again?

I met a guy last summer riding one of those big, step-through Japanese scooters. The sort that now come in 650 ccs. and go 100 mph. The man was 90 years old! He couldn't get his leg over a regular bike but he did just fine on a step-through scooter.

I spent a few minutes talking to the old fellow. He said he knew that crashing his machine would probably be a one-way ticket to the crematorim but just being able to ride a motorcycle took decades off his life. It made him feel - not old anyway - and gave him a measure of meaning in his own life. I was really proud of that old Geezer. It might have been an overgrown scooter but the man was "doing it." I've known buckets of guys half his age who couldn't stay up with this guy.