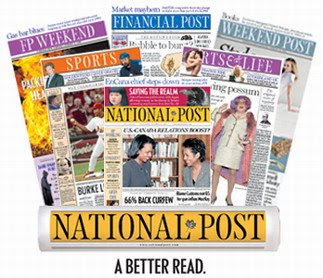 It's easy to blame television for "dumbing down" modern society. We blame the media because with the advent of guys like Geraldo Rivera, Bill O'Reilly, Sean Hannity and those of their kind, control of public airwaves has been used to skew information, distort reality and manipulate public opinion.

But our governments have played a major role in bringing about a lowering of public awareness and a coarsening of public debate. They did this by deciding to step back from regulating and supporting our news media.

There was a time, a couple of decades back, where we discussed issues such as concentration of media ownership and cross-ownership. We saw these as problems, genuine threats to democracy. Media outlets have the same monopolistic bent as other industries, perhaps even more so. As they expand their influence in various markets, they also expand their political clout exponentially. Politicians and media barons go hand in hand, each positioned to scratch the other's back. What does a politician care if there's only one media voice dominating a particular market so long as that voice echoes that politician's message?

Restricting concentration of ownership and cross-ownership benefits the public rather than the politician. It introduces new voices and encourages independent thought. It raises the essential level of debate and leaves the several owners of media outlets less beholden to political benefactors.

I expect we'll see movement on this problem, eventually, by the Obama camp. The FCC had a pretty rough time of it during the Bush years. I hope we'll also see the issue brought forward as a priority should the Harper government be unseated. We've been going the wrong way on this one for far, far too long.
Posted by The Mound of Sound at 11:30 AM

There was a time, a couple of decades back, where we discussed issues such as concentration of media ownership and cross-ownership. We saw these as problems, genuine threats to democracy.

Back in the day, when I worked in magazine publishing policy, this issue was not being addressed aggressively enough by the feds in my view. At that time, the Columbia School of Journalism was doing excellent research on media concentration and its negative results.

Reduction of diversity of news opinions was an immediate result that has contributed to the sad state of today's journalism. Another factor was the immediate downsizing that occured with media mergers. News rooms shrank and staff become more reliant on news feeds and corporate/government/organization press releases, while costly investigative journalism became increasingly non-existent.

Hopefully these bloated and over-extended media giants will die with this recession (like we are seeing with CanWest Global) and we can rebuild with strong legislation and regulation.

That's an interesting point, connecting dumbing down with media concentration. To some extent that's been compensated for by the proliferation of news on the internet, and the distribution of news through blog networks. But the downside is that formerly news outlets could provide skilled journalism on the ground all around the world. That is something that isn't compensated for by a different technology.