Someone's Going to Flinch on Tuesday - Will It Be Harper or Ignatieff? 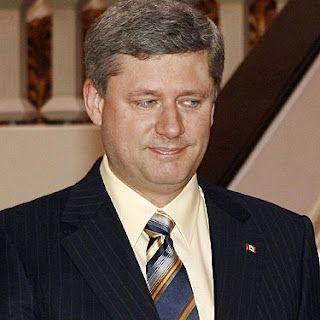 There's been talk of a middle class tax cut which would be the most blatantly partisan ploy imaginable in a deficit budget. To the extent this sort of tax cut ever works, it depends on the beneficiaries identifying their windfall and then spending it - putting it into the economy. At a time when the country is just getting into a recession of a scope and duration nobody, I repeat nobody, can reliably forecast, the middle class won't be spending what they pocket from tax cuts. They'll be hording it either tucking it away or paying down debt from past spending.

If Harper goes for middle class tax cuts, he'll be running true to form in putting his own partisan interests ahead of the nation's. In that case, what choice would Iggy have but to pull the pin and defeat the government?

I think Harper is too clever by far to risk putting Ignatieff in a corner where he has no choice but to vote down the budget. He'll draft his budget with a general election in mind. Harper will want to build in provisions on which he could attack the Libs in an election.

Poor Harp, he of the far right branch of the conservative tree. A lot of Harper's base gags at the very mention of deficits. I spoke with a well-placed Tory insider recently and was shocked at the vitriol in his comments on Harper and deficit budgets. Harper is in a position where he has to override his base on a budget that could land him in an election and dependent on that base for his survival. It won't take many of them staying home on voting day to end Stephen Harper's political career.

Come Tuesday, somebody's going to flinch. If it's Ignatieff he risks being seen as just another feckless leader like Dion whose caucus was known to steer clear of Parliament on confidence votes they couldn't support. Iggy is still just interim leader. How he handles the budget on Tuesday could impact on his expected coronation. He too has issues with his base, both existing supporters and those voters he needs to attract to the party.

Can Harper serve up a budget Ignatieff can't refuse without looking weak, even frightened of the new Liberal leader? Can Ignatieff support a deficit budget that doesn't meet his stated demands?

The optics of this contest are fascinating. What a week this is going to be.
Posted by The Mound of Sound at 9:19 AM

Is there anything to keep the coalition from getting their copy of the budget, smiling politely and voting non-confidence anyway, not because of what's in the budget but because they have indeed lost confidence in Harper and his Conservatives?

It's one thing to create a tasty menu, and another to actually cook and serve that food. Harper has proved over the past six years that what he says and what he does do not reliably coincide. So take advantage of the Con's hard work, use the budget for ideas or even a good plan, and actually carry out that plan or improve on it. There's nothing special about the Harperites that only they could do it, and much reason to doubt if they would.

I suppose, in theory, there's nothing to stop the opposition from defeating the budget for any reason. That said, Iggy has to carefully weigh public perception. He doesn't want to defeat Harper unless he's goihg to replace him and there's always the prospect of voter backlash if he's perceived to have defeated the government capriciously.

Hah. As opposed to the caprice of Harper essentially shutting down government since last May or so? Why is it only right-wingers who get to do whatever the hell they like without apology or explanation? The left has been too sober and reasonable for too long -- and look what it got them! I say, Jump on the Con's like a small boy on a berry box.

If the 3 opposition parties vote down the Tory budget, there won't be an election.

Instead, the Governor General will follow our parliamentary precedent and ask Ignatieff to form a government, and his coalition government will pass the confidence vote and stay in power for at least 18 months.

Cat, you've got a great deal more faith in the GG to do the right thing than I have. When she locked down Parliament without placing any restrictions on Harper (leading to his Senate-stuffing) I figured relying on her is a mug's game.

I don't trust the GG. I think the liberals are seeing her as risky business.I am sure she is studying the consequences of a decision. So, she could prove me wrong.
But, the Libs don't want to go to an election, I am quite sure.