How We Lost Afghanistan 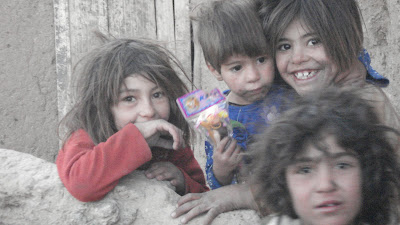 We lost Afghanistan in 2002 when no one could be bothered to send Western troops into Tora Bora to destroy the Taliban and al-Qaeda leadership. We, or at least Washington, cemented the loss in 2003 when it chose to deploy the massive American military force needed in Afghanistan to Iraq instead.

The New York Times has an enlightening explanation for the resurgence of the Taliban:

The Taliban are everywhere the soldiers are not, the saying goes in the southern part of the country.

And that is a lot of places.

For starters, there is the 550 miles of border with Pakistan, where the Taliban’s busiest infiltration routes lie.

“We’re not there,” said Brig. Gen. John W. Nicholson, the deputy commander of NATO forces in southern Afghanistan. “The borders are wide open.”

Then there is the 100-mile stretch of Helmand River running south from the town of Garmser, where the Taliban and their money crop, poppy, bloom in isolation.

“No one,” General Nicholson said, pointing to the area on the map.

Then there is Nimroz Province, all of it, which borders Iran. No troops there.

And the Ghorak district northwest of Kandahar, which officers refer to as the “jet stream” for the Taliban fighters who flow through.
Ditto the districts of Shah Wali Kot, Kharkrez and Nesh, where the presence of NATO troops is minimal or nil.

“We don’t have enough forces to secure the population,” General Nicholson said.

A force of about 20,000 American, British, Canadian and Dutch soldiers have been trying for years to secure the 78,000 square miles of villages, cities, mountains and deserts that make up southern Afghanistan. The region is one of the two centers of the Taliban insurgency, which has made a remarkable resurgence since being booted from power in November 2001.

It is perhaps in Kandahar, one of the provincial capitals, where the lack of troops is most evident. About 3,000 Canadian soldiers are assigned to secure the city [the entire province in fact], home to about 500,000 people [actual population 890,000]. In a recent visit, this reporter traveled the city for five days and did not see a single Canadian soldier on the streets.

The lack of troops has allowed the Taliban to mount significant attacks inside the city. Two clerics who joined a pro-government advisory council, for instance, have been gunned down in the past two months, bringing the total assassinated council members to 24. Over the summer, a Taliban force invaded Kandahar and stormed its main prison, freeing more than 1,200 inmates.

But whether extra troops will have the desired impact is unclear. Adding 20,000 new troops to the 20,000 Western soldiers already here — in addition to an equal number of Afghan policemen and army personnel — would bring the total to 60,000. The six provinces that make up southern Afghanistan have a population of 3.2 million. In that case, the ratio of troops to population would just match that [minimum] recommended by the United States Army's counterinsurgency manual: 50 people per soldier or police officer.

Where this article is right is that Western forces are not remotely strong enough to secure the Afghan people against the Taliban. Beyond that, it's wrong in several respects.

The article implies that, at this late stage, another 20-30,000 troops will rectify the rot that's set in over the past seven years. That's nonsense. The Taliban are astonishingly resilient and their insurgency has morphed to incorporate new players (everything from once hostile warlords to student nationalists) and spread far beyond the traditional southern homeland of the Pashtun Taliban into eastern and northern provinces. More troops will not defeat the dual scourge of warlordism and tribalism nor will they cleanse the central government and its security services of the rampant corruption that predates lowly Afghans and drives them into the arms of the insurgents.

In other words, an extra 20-30,000 troops represents a bandaid solution that does nothing to staunch the other mortal wounds from which Afghanistan is bleeding out. It is, at best, a military response to a conflict we freely and regularly admit cannot be won militarily.

Petraeus knows that the Afghan conflict is a political war for the hearts and minds of the Afghan people. More soldiers won't win back their essential support for the Kabul government. When a critical mass of the populace sees their central government and its Western defenders, not as liberators, but as occupiers and oppressors, a few tens of thousands of extra troops aren't much of an answer.
Posted by The Mound of Sound at 10:10 AM

Because the truth is that the US invaded a sovereign country that had not attacked them. The Taliban government did not attack the US. The US invaded and overthrew the government, installed a US friendly puppet regime, made up of criminals, warloads and human rights violators. The new emperor had no clothes.
Considering that the invasion was planned well before 9/11 and is about protecting America interests, oil that is, and pipeline oil, makes me want to throw-up.
For once, I would like to see westerners invade a country for the reasons they say they are - so it is not propaganda.

As I've been saying all along: Afghanistan? We've been running around in circles, all for absolutely nothing.