Is The Era of Authoritarianism Coming to a Close? 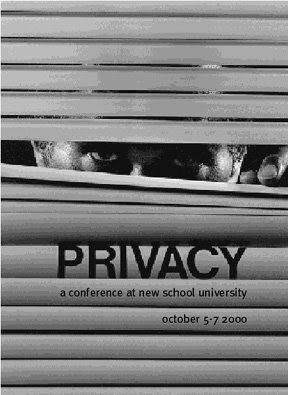 Barack Obama's committment to transparency and accountability in government may call the curtain down on the era of authoritarianism and the oligarchs who thrived on it.

Stephen Harper promised Canadians transparency and accountability when that suited him but, once in power, quickly reneged and instead imposed a system of government as authoritarian, secretive and uncommunicative as any in postwar Canadian history.

Stephen Harper didn't govern Canada, he didn't lead the Canadian people. Stephen Harper ruled us. He rules the Canadian people just as he rules his caucus - with an iron hand and sealed lips. With the collaboration of a pitiful national media, he simply gagged critical government departments such as National Defence and the Environment Ministry. Our media sat by like complacent stooges as he installed political commissars in the Prime Minister's Office to clamp down on communications between citizen and government and to skew and politically filter what little information the public was able to get from its government. That's despotic, tyrannical and yet we sat by and allowed it to happen - allowed it to happen to us.

Transparency and accountability are fine - for those who would lead - but they're anathema to those who seek, instead, to rule. That's why Harper wasted no time ditching both promises. Information became something that flowed from the citizen to their government, not from the government to the public. That is what suits authoritarian rule. That is the guiding principle behind such odious legislation as America's Patriot Act. It's all about degrading individual freedoms and rights while expanding government powers and secrecy, all in the name of collective security.

Barack Obama has proclaimed the era of authoritarianism at an end in America. We should finally stand up and demand an end to it in our own country as well.
Posted by The Mound of Sound at 3:06 PM

Email ThisBlogThis!Share to TwitterShare to FacebookShare to Pinterest
Labels: authoritarianism

Glad to know I'm not the only one thinking this ...

I don't know if you saw Olbermann tonight but he had a former NSA analyst turned whistle blower who disclosed the tens of thousands of Americans with absolutely no links to nefarious types whose every shred of personal information was siphoned up by the supposedly non-existant Office of Total Information Awareness.

These people were snagged by some analogs designed to pick up "suspicious" words on scanned telephone calls or e-mails, etc. Once they were flagged, everything about them, down to their health records and credit card statements was garnered, analyzed and stored just waiting for the day someone finds a reason or even just the means to use it against them.

This is the world where the minds of people like Bush, Cheney and Harper play.

Pardon me for lapsing into classical greek - MOTHERFUCKERS!

Wouldn't be so excited about Obama's commitment to transparency just yet.
http://blog.wired.com/27bstroke6/2009/01/obama-sides-wit.html

Here's hoping that this isn't as bad as it seems, but I am not holding my breath.

I checked out the blog post Dan. Pretty interesting but I'm not sure what to make of it or how it impacts Obama's transparency pledge. It certainly deserves watching.