CIA Director - We Were Only Following Orders 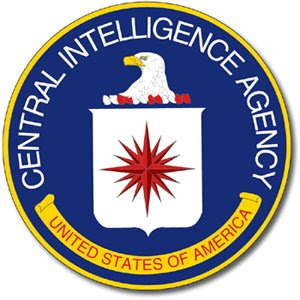 I've watched several American administrations come and go as far back as the arrival of the Kennedys at the White House. They all seem to come in so fresh and full of promise yet never seem to leave that way. When they finally quit Washington it's usually a quiet affair as movers cart away boxes full of scandals, disappointments, failures and defeats. There's a sort of melancholy about it all.

This time, however, there's something different. It's fear. Many of the Bushies are spending a lot of time looking over their shoulders as they pack their pencils. Some of them plainly wonder whether their lives hold the promise of gentle retirement or something less kind, even jail perhaps.

Take the feeble offerings from outgoing CIA director Michael Hayden who seeks to justify the secret prisons, enhanced interrogation (aka in Obamese as "torture") and renditions by assuring all and sundry that, well, it's not like we enjoyed it. In Hayden's language that translates to we acted, "out of duty, not out of enthusiasm."

Ah yes, the old "we were only following orders" defence. It seems to me that's been tried before. It didn't work back then but maybe it will work now. From McClatchey Newspapers:

Hayden argued that the CIA detainee program shouldn't be subjected to a public investigation because the administration had obtained Justice Department legal opinions to support it and had informed members of Congress.
A public inquiry also would damage the careers of dedicated intelligence officers and the agency's espionage operations, he said.

What Hayden's defence boils down to is that his people are above the law, beyond inquiry, immune from prosecution. Why? Because Alberto Gonzalez told them that torture was okay.

Hayden sat down for his final interview shortly after Attorney General nominee Eric Holder told his Senate Judiciary Committee confirmation hearing that he thought that waterboarding, an interrogation method that simulates drowning, is torture.

...Asked if he was concerned by Holder's view that waterboarding is torture, Hayden replied: "It's an uninteresting question to the Central Intelligence Agency."

It may well be "uninteresting" to the Central Intelligence Agency but there are a lot of people who find it more than interesting and they want the CIA brought out into the sunlight.
Posted by The Mound of Sound at 9:30 AM