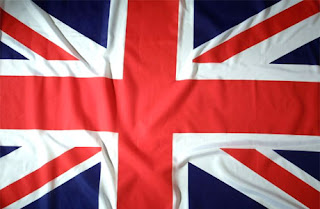 It's something every Canadian kid understands. Sure the water feels cold when you gingerly put a toe in but it's not until that water reaches the equator that you fully grasp just how cold, cold can truly be.

Like their American counterparts, the Brits got a bad case of dormophrenia or house madness. By some accounts, Britain's housing bubble was almost twice as inflated as America's and, like America, Britain became insanely dependent on and, hence, vulnerable to its financial sector as its economic engine of prosperity. Today the pound sterling tumbled to $1.36 US, its lowest point in 23 years and no one knows where the bottom will be found.

The Brit newspaper The Independent says it's time the Brown government, and all Britons for that matter, came clean:

Yes, the downturn is global. But it was the failure of Mr Brown as Chancellor to curb the excesses of our financial services sector in the boom years that lies at the root of our particular troubles. The liabilities of our stricken banking sector are more than four times the size of our national output. That is why the value of the pound is slumping so dramatically on international currency exchanges.

Foreign investors increasingly doubt the ability of British taxpayers to meet those liabilities if called upon to do so. David Cameron's prediction that Britain could be forced to turn to the International Monetary Fund for help looks extreme, but certainly not impossible.

...But the true root of this crisis was not excessive Government spending; it was the stupid lending and irresponsible risk-taking of our hubristic banks.

Stupid lending. Irresponsible risk taking? Does that sound familiar? Even poor Ireland is again, well, poor. The Celtic Tiger revolution that saw the Irish economy become the most open and vibrant in the European Union is crashing down. One account this past week predicted that Irish real estate could drop up to 80% in value before this is over.

Does anyone remember when Stephen Harper used to ridicule Canada as a Northern European-style welfare state that was punished by higher taxes and lower growth causing a lower standard of living than our enlightened, adventuresome neighbours to the south? Compared to the United States and England, Canada looked downright backward to Steve.

Canada is indeed lucky. We were backward with our banks, our entire financial sector for that matter. Successive Liberal governments resisted the financial sector's demands for permission to have their own Mardi Gras north of the 49th. We're also lucky that we remained such lowly hewers of wood and drawers of water with a hefty resource base that has and will do much to insulate us from the worst of the travails facing our Anglo-Saxon cousins.
Posted by The Mound of Sound at 12:59 PM