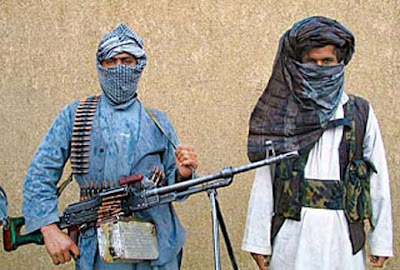 Afghanistan will be a millstone around the neck of America's next president, one that time and circumstances probably left him no option but to accept.

It will be hard enough for Obama to extract American forces from Iraq. No one should be under any illusions that anything really meaningful has been achieved there. The contest between the natonalist Mahdi Army of Sadr and Maliki's pro-Iran Badr Brigades is unresolved. The Sunni versus Shia struggle hasn't been settled although it is one area where some progress has been made. The Arab versus Kurd powderkeg continues to grow more dangerous as its sizzling fuze gets ever shorter.

The one reason Obama has been able to win public support for pulling America out of Iraq is the promise that will enable the military to win the true war, the just war - Afghanistan. Americans don't want to walk away from the Bush adventures with two losers. That would inflict a psychological scar somewhat akin to the post-Vietnam era.

Throwing another thirty or sixty or even ninety thousand troops at the problem isn't much of an answer because it does almost nothing to address what is a multi-faceted problem.

There can be no hope of success until something is done to break what Chatham House calls the "nexus" of the Afghan government, the warlords and the drug barons. They are, to use the vernacular, "in cahoots." The government of Afghanistan is a criminal enterprise.

If Obama's army is to have any chance of success steps will have to be taken to eradicate warlordism. Not just Pashtun warlords either. Tajik, Uzbek, Hazara warlords, Aimak, Turkmen and Baloch - the works. They are an absolute obstacle to American objectives in Afghanistan. The worst part is they know it.

The warlords know that America can't defeat the ever widening insurgency without taking them down in the process. That is why some, such as Hekmatyar have already gone over and others, such as Dostum, probably will embrace the insurgency before surrendering. At that point, Western forces reprise the role of the former Soviet occupation at war with all the tribes.

Obama's Afghan war comes with the manacles of time wasted and lost opportunities. The time for crushing the Taliban and al-Qaeda was 2001. Allowing their leaders to slip out of Tora Bora was a fatal mistake. The time for subduing the warlords was 2002-2003. Allowing these thugs to hold a knife to Karzai's throat until his survival depended on permitting them to insinuate themselves into positions of power in his government was a fatal mistake.

Look at it this way. How many drug barons have been apprehended, tried and imprisoned by the Karzai regime? I really don't have to tell you the answer to that, do I?

Inheriting a seven year old counterinsurgency is like being handed the keys to a beater with flat tires. Way back before he got to command this gig, Petraeus warned the counterinsurgents have a very limited shelf life after which they go in the locals' eyes from defender/liberator to occupier/oppressor.

Numerous studies and reports released recently show that the Afghan people have come to despise the Western forces in their land. Nobody should be surprised at this. It's as logical as anything can be. Look at our track record.

It's been about seven years since we backed the Northern Alliance into driving the Taliban and al-Qaeda out of Afghanistan. Mistake one was when we allowed their leadership to escape, ensuring they would regroup. Mistake two was not flooding the country with enough troops to secure the civilian population against a return of the Taliban as insurgents.

The Afghan villagers are helpless prey to both sides in this struggle. We don't occupy their villages, ensuring that the insurgents will. Without our protection how are they to resist the demands of the Taliban? While this is going on these same villagers get predated by the Kabul government's corrupt security services and bureaucrats. The people come to equate corrupt government officials with the Western forces that defend them and it doesn't help when we visit their villages with airstrikes and artillery barrages. I've found it surprising how deeply these civilian deaths resonate through the Afghan people. They hate us for it.

We fail, we lose the war, when we allow the public to remain caught in this vice of the insurgents on one side and corrupt government officials and our heavy firepower on the other. That's how our side loses in this sort of warfare. It's our failure to provide security to the Afghan people - security from the insurgents and from their predatory government - that dooms our efforts.

It's a feature of these wars that one side (almost always our side) loses long before they realize it. That's because of a couple of reasons. One, they're "low intensity" wars, the kind in which there are no decisive battlefield victories and defeats to measure success or failure. Two, it's almost impossible to judge when the populace has reached a critical mass in giving their support to the insurgency and turning on the government. Because of these factors it's common for the government side to keep banging away for years after the issue has actually been decided.

You see, our leaders have promised the folks at home a military victory. There's nothing else acceptable when you've been waging a military war. Once the insurgents achieve enough public support that they cannot be destroyed militarily, they win. It's entirely conceivable that the Taliban have already reached that point. But, since they never have the military prowess (no tanks, artillery, helicopters, jet fighters) to defeat the government forces, particularly the outside help, they have to wait, denying the government side their essential military victory, until the people at home get tired of waiting for a victory parade that's never coming and throw in the towel.

And that's the dilemma facing Barack Obama. He'll be under enormous pressure to produce a miracle of alchemy, a military victory.

Here's one thing to watch for, something the Pentagon has tried before - a military coup. You may think it sounds far fetched and there's been nary a mention of it in official statements or in the media but, a couple of months ago, it came out that US commanders were making overtures to Hekmatyar, a warlord who makes Vlad the Impaler look like a pussy.

Hekmatyar is a Pashtun hustler and a vicious thug. He thought he was in line to rule Afghanistan until the ISI switched its allegiance to the Taliban and they got in instead. Long a Taliban rival. Hekmatyar returned from exile in Iran, reconstituted his militia and, eventually, joined the insurgency. This guy wants one thing, power, and the US military might see in him the iron hand sort of character who would be needed to run a military dicatatorship in Afghanistan.
Posted by The Mound of Sound at 8:39 AM