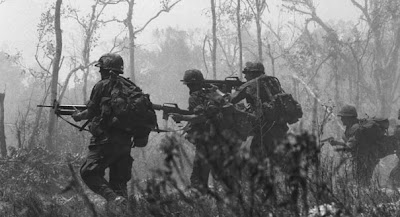 British Defence Secretary, Philip Hammond, says the miserable war in Afghanistan has been his country's Vietnam.

Britain is experiencing a ''Vietnam phenomenon'' as the mission draws to a close, the Defence Secretary said in an interview during a trip to Afghanistan.

His candid assessment comes as Britain tries to wind down its mission in Afghanistan at the same time as Western leaders edge towards greater military intervention in Syria.

Speaking at Camp Bastion, the main British base in Helmand province, Mr Hammond said: ''You might call it the Vietnam phenomenon: when an engagement turns out to be longer and more costly than originally envisaged, there is often a public reaction to that.''

You're right, Phil.  There's also a public reaction to a war to prop up a criminal enterprise running a failed, narco-state that drags on interminably, squandering lives and treasure, without any hope of success of any description.

Who should be held to account for this?  We could begin with the military leadership who lied us into this war with empty promises of what they could do.   Where is the long safely-retired Randy "The Big Cod" Hillier these days?
Posted by The Mound of Sound at 11:03 AM

Tony Blair calls for west to intervene in Syria conflict

Looking for ways to put that bedroom tax to good use?

Of course, he denies all that, just as he denies lying Britain into a war of aggression in Iraq.